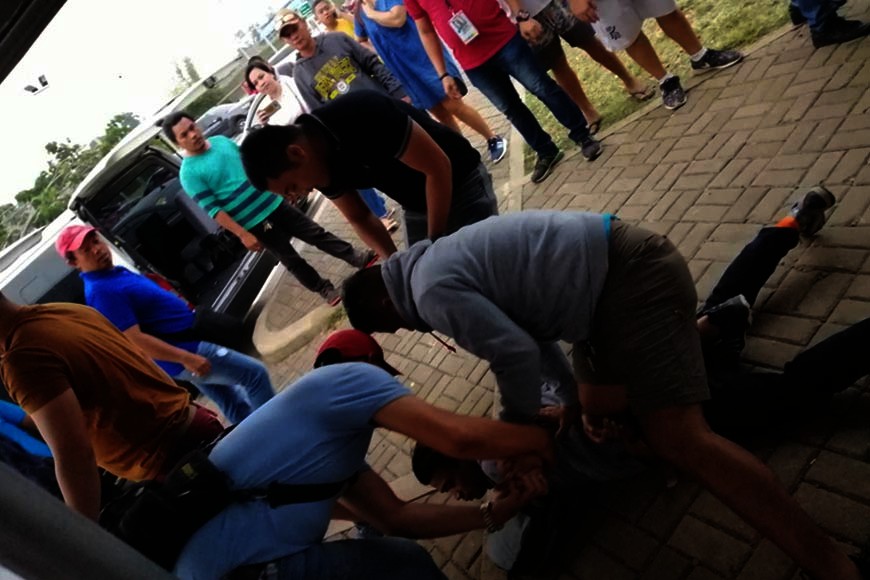 MISAMIS ORIENTAL. Erwin Reginio, 43, of Dasmarinas, Cavite, was pinned down on the ground by cybercrime authorities shortly after his arrest at the Laguindingan airport, Misamis Oriental for allegedly spreading the nude photos of his girlfriend. (Supplied Photo)

A MAN was arrested in Laguindingan Airport over the weekend after spreading nude photos of his girlfriend without her consent.

Police identified the person as Erwin Reginio, 43, a seaman, and a resident of Dasmariñas, Cavite.

The arrest came following a complaint from his girlfriend, a resident of Upper Carmen, Cagayan de Oro City.

According the Reginio's girlfriend, the suspect took photos of her secretly and disseminated it online without her consent "every time he got jealous."

Recovered from Reginio's possession were a tablet containing the nude photos and the suspect's cellphone.

Reginio is now under the custody of Racu-Northern Mindanao and will be charged with violation of the Anti-Photo and Video Voyeurism Act of 2009 and the Cybercrime Prevention Act of 2012.