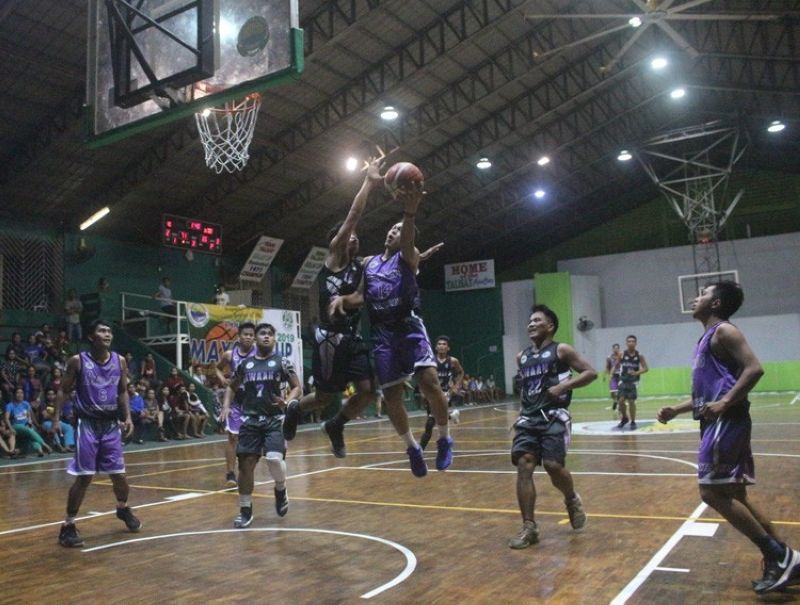 A player from Biasong tries to elude the outstretched arms of a player from Lawaan 3 during the 2019 Talisay City Mayor's Cup last Monday, September 16, 2019. (Contributed photo)

LINAO and Lawaan 1 finally broke into the win column after they defeated their respective opponents in the Juniors division of the 2019 Talisay City Mayor’s Cup on Monday night, September 16, at the Talisay Sports Complex.

Down by 10, 58-68, heading to the fourth, Lawaan flipped the switch and outscored their opponents, 30-14, in the fourth to collect its first win in three games.

Kent Camanga and James Labrador helped lead Lawaan to the win by scoring 27 and 21 points, respectively.

Linao on the other hand, got 25 points from Ivan dela Rita and 23 from Daniel Madayan to improve to 1-2.

In the Seniors division, Maghaway took down Jaclupan, 98-96. Three players scored 20-plus points led by Robert Labrador’s 29 and Renbert Cabatas’ 27.

Kevin Tecson also joined the scoring parade with 22 of his own. More importantly, the win gave the team a 1-3 record.

Candulawan also boosted its record to 1-2 with a 90-79 victory over Manipis. Rito Macatunog sounded off with 28 points while Reymond Tacoloy had 20. (SunStar Cebu)