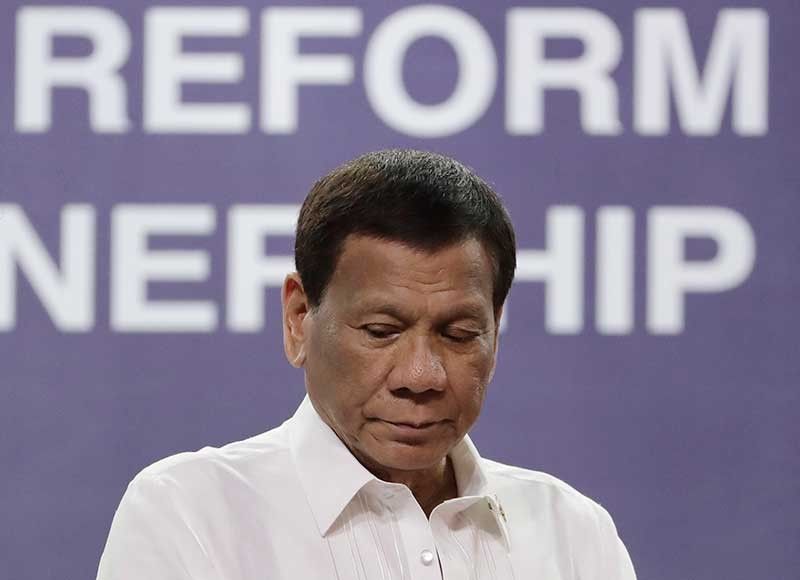 KILL erring policemen who are proven to be involved in the supposed recycling of illegal drugs seized during legitimate anti-drug operations, President Rodrigo Duterte ordered on Tuesday, September 17.

Duterte gave the order a day after Philippine Drug Enforcement Agency (PDEA) Director General Aaron Aquino claimed that unscrupulous police officers have continued with the practice of recycling illegal drugs despite the brutal crackdown on the illegal narcotics.

During the Senate hearing on the PDEA's budget, Aquino revealed that rogue policemen's supposed practice of "recycling" seized illegal drugs by selling them or planting them as evidence remains rampant."

The PDEA chief also said that his agency was surveiling a "drug queen," who is allegedly behind the acquisition of seized drugs from the erring police officers.

Speaking to Palace reporters on the sidelines of the event, the President acknowledged that Aquino was "exasperated" and "very disappointed" with the illicit activities of some cops.

"Matagal naman talagang ginagawa iyan (It's been a continuing practice) and I cannot fault Aquino for saying it. I think he's also not only exasperated but I think, he is really very disappointed with everybody," he said.

( Well, I have to have evidence. It may not be really outright but for example, they seized 20 kilos of illegal drugs but they reported only 10 kilos, and yet, they received an award. The other 10 kilos would be recycled and sold. That's not new and it's so prevalent. Even the present set type of government cannot stop it.)

In his latest speech, Duterte admitted that his "greatest enemy" are workers of government who are involved in rampant narcotics trade.

The President then reiterated his warning that he would be harsh against any individuals who are involved in illegal drugs.

He also maintained that he was ready to "kill" the drug offenders in the country.

"Little did I realize that I was up against my own government," Duterte said.

"Talagang papatayin ko kayo. Itaga mo kung saan mo itaga iyan, sa b**** mo o sa libingan ng nanay mo o tatay mo. Totodasin ko talaga (I will really kill you. Mark my words, be it in your t******** or the graves of your mother and father. I will really kill you). I said, do not f*** with my country. I will kill you," he added. (SunStar Philippines)