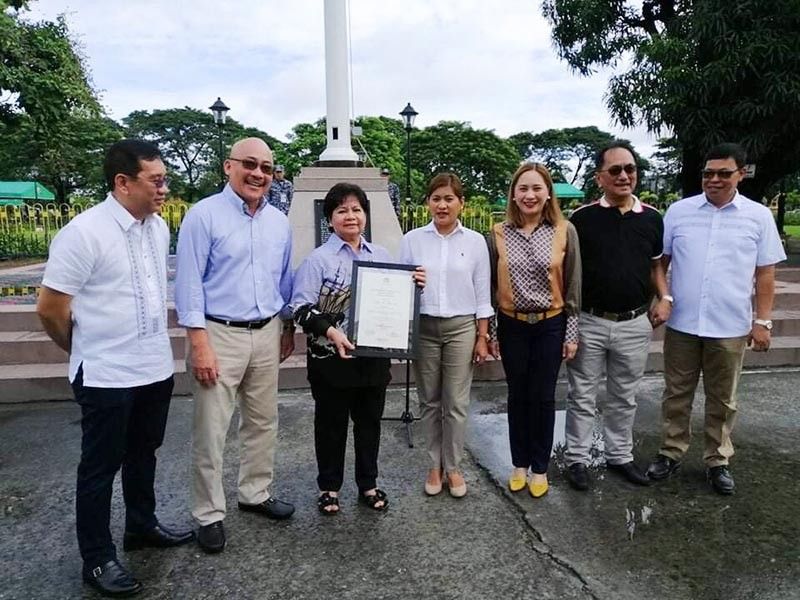 PLB is conferred to an individual or group of individuals for exceptional or extraordinary contributions resulting from an idea or performance that had nationwide impact on public interest, security, and patrimony.

Pineda served as governor from 2010, serving full three terms in office. Her term was highlighted with considerable developments in Pampanga health and social programs for the poor.

The Commission on Audit recognized Pampanga as one of the richest provinces in the country, with P9.53 billion in assets.

It was also during Pineda's time when the poverty rate of the province decreased to 4.94 percent in 2018 from 6.4 percent in 2013, which uplifted the level of living of her kabalen.

Health services such as Point of Care, no balance billing and Philhealth membership were also delivered to Kapampangans.

Also included in her accomplishments are the recognition of National Gawad Kalasag in 2018 for the Provincial Disaster Risk Reduction and Management Office, being "insurgency-free" and ready for further development as declared by the Armed Forces of the Philippines, and having the highest percentage of passers for Seal of Good and Local Governance not just in Central Luzon but in the country.

It was also under Pineda's administration that the province had a P3.05-billion revenue, P13 trillion worth of investments, and provision of more than 40,000 employment for Kapampangans.

In 2015 alone, Pineda has spent around P1.7 billion for health facilities and programs for the province.

At the start of her term, the governor went into a construction spree of the 11 public hospitals in the province, building new facilities and renovating dilapidated health infrastructure.