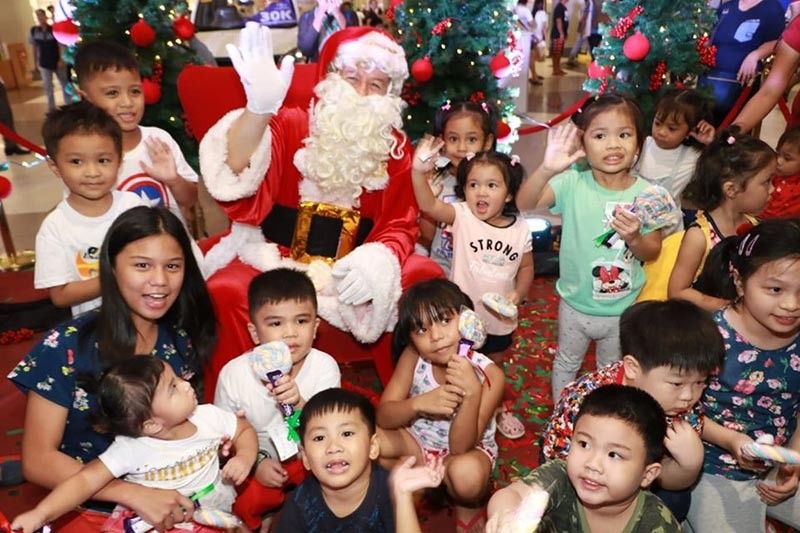 In SM City Clark, the SB Music Academy Artists and Friends Forever Choir Performers sang popular Christmas songs like Holy Night and Joy to the World, while the University of the Assumption Chorale serenaded kids and mall goers at SM City Pampanga.

After the performances, Santa Claus gave away gifts to children present during the program. The malls have also put up Christmas trees and lights at their main entrances.

For her part, SM City Pampanga Assistant Mall Manager Kate Chua said the countdown is a simultaneous launch and a signal that shoppers can start going to SM malls nationwide.

"There are a lot of Christmas products and Christmas baskets we already launched and they could get from the supermarket and all our affiliates. This year's theme is 'Sparkling Christmas Mallidays' and we would officially launch the new jingle on November 9," she said.

"We want hassle free shopping for our patrons so they could get that Christmas experience that's why the 100-day countdown," Chua added. (With JTD)