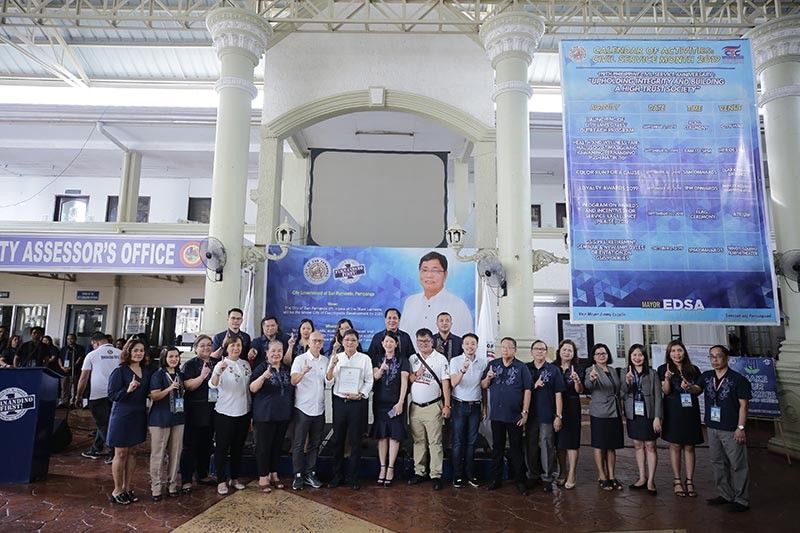 PAMPANGA. City of San Fernando Mayor Edwin Santiago, together with other city officials and heads of offices, accepts the certificate of recognition from the Bureau of Local Government Finance Region III of the Department of Finance on September 16, 2019 at Heroes Hall on behalf of the City Government for attaining the highest total local revenue growth for the Fiscal Year 2018 in Central Luzon. (City of San Fernando- CIO)

THE City of San Fernando was named by the country's finance department as the leading local government unit in Central Luzon to have attained the highest total local revenue growth for the Fiscal Year 2018.

This underscored the notable performance of the city treasury in actual collection from different income sources for the whole year.

The Bureau of Local Government Finance Region III of the Department of Finance (BLGF-DOF) awarded the recognition to the city during the recent Regional Association of Treasurers and Assessors (Regata) Conference in Nueva Ecija.

Bautista, meanwhile, said the increase in collection may be attributed to the implementation of the Revised Revenue and Market Code as well as the update on Schedule of Market Values.

She said "the accomplishment is more because of the strong support of the city officials, hard work and perseverance of treasury personnel, and, the concerted efforts of all regulatory offices of the city."

Santiago, for his part, said the increase in collection performance will assure Fernandinos of better programs and services for the upliftment of their living conditions.

Apart from the City of San Fernando, there were other 14 cities in the region that were assessed by the agency to have attained significant increase in their growth rates. (PR)