P1M for capture or death of freed convicts 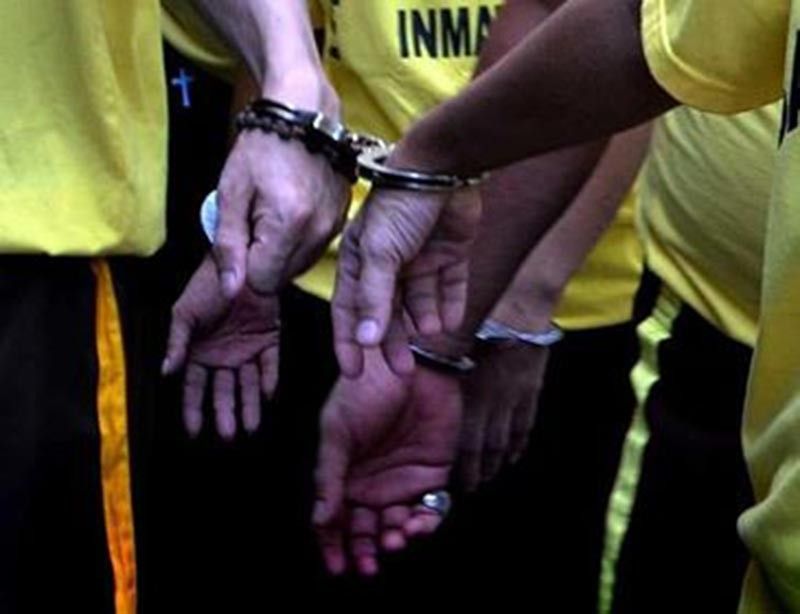 A REWARD money of P1 million awaits anyone who can either capture or kill a heinous crime convict freed on the basis of good conduct after September 19.

President Rodrigo Duterte announced the bounty on Tuesday, September 17, in a chance interview with Palace reporters.

The President said it would be better if the freed heinous crime convict who would remain on the loose after his 15-day ultimatum would be presented "dead" to him.

"I will just set the timeline and then the P1 million prize is available to those who can capture them dead or alive, but maybe dead is a better option. I will pay you smiling. Ibalik ko iyan sa preso, makakain pa iyang p***** i** na iyan. Gagastos pa ako (If they go back to jail, the sons of b****** will have to eat so I have to spend money for them)," Duterte said.

Duterte made the announcement two days before the lapse of his 15-day ultimatum for the surrender of inmates released early for supposedly showing good behavior.

Duterte ordered on September 4 the return of 1,914 heinous crime convicts who benefited from Republic Act (RA) 10592 or the Good Conduct Time Allowance (GCTA) Law, which shortens prisoners' jail time on the basis of good conduct.

So far, about 700 inmates convicted of heinous crime have surrendered following the President's directive, the Philippine National Police said.

The early release of the heinous crime convicts led to the revision of the implementing rules and regulations of RA 10592 which has sown confusion with regard to its implementation.

The revised IRR now prohibits "recidivists, habitual delinquents, escapists, and those convicted of heinous crimes" from benefiting from the GCTA.

Meanwhile, Duterte agreed that sick and elderly prisoners deserve to be released, as he believed that they no longer have the capability to commit crimes.

He said he would direct the Department of Justice to hasten the release of inmates aged 70 and above.

( I'll ask the administration, whoever who take over or the Secretary of Justice to fast track the release of sick and elderly prisoners, I'll set either 70 years old or 75. If you're 70, you can no longer hold up a person.)

"Wala na iyan eh, lalo na 'yung mga 80s (They are no longer capable of breaking the law, especially those who are in their 80s). What's the use of keeping them there?" he added.

Duterte's statement came on the same day the Palace announced that the new head of the Bureau of Corrections (BuCor) is Gerald Bantag, a former jail warden.

RA 10592 gives the Bureau of Corrections head, Bureau of Jail Management and Penology chief, or the jail warden that authority to grant GCTA, a benefit that shortens inmates' jail time for good behavior.

The President was confident that Bantag "knows what to do" as the new BuCor chief.

" Well, he's professional," he said. "[My] marching order [to him] is to guard [inmates] so they will not escape."

Duterte also expressed optimism that Bantag would stop the irregularities within the BuCor.