Bzzzzz: The 'wannabes' whom Duterte doesn't want to be president 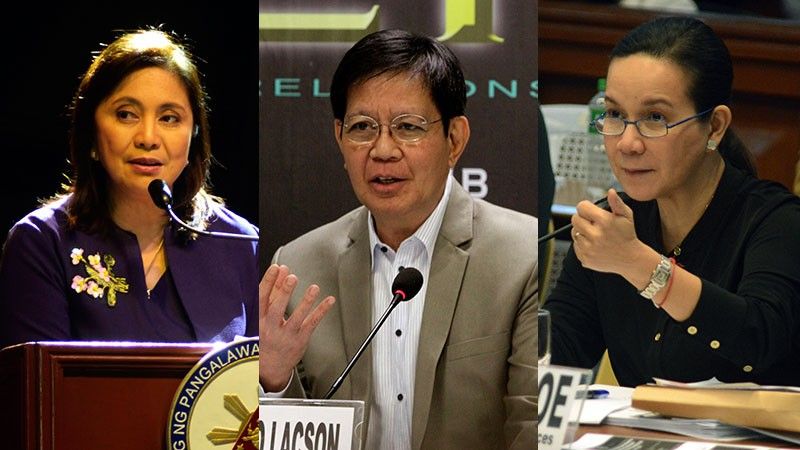 FROM his speeches in a number of events held in Malacañang last week, where President Rodrigo Duterte spoke, one can identify the persons whom he does not want to be president of the country in 2022:

[1] Not Vice President Leni Robredo, who he said took the bar examinations twice and whom he told to read the book when they tangled on the issue of allowing police to accept bribes. "Ma'am, read the book because I read it."

If Robredo would become president, "patay," he said, the country would be dead.

Some wags quip that it is "partly up to Duterte": He shouldn't die in office or Robredo would become president before the next elections under the law on succession.

[2] Not Senator Panfilo Lacson, who the president said, could be gunning for the post again, as Ping did in 2004 when he only got 10 percent of the votes.

Duterte lumped Lacson with Senators Grace Poe (who ran in 2010 and was drubbed by Duterte) and Richard Gordon who, the president said, are "holier than thou" with their exposes on his administration.

Robredo, Lacson, Poe and Gordon: those are the names who apparently he wouldn't want to succeed him.

President Duterte has not mentioned, along with the peeves he wouldn't want to sit in Malacañang, those whom he wants to be the next president.

He didn't mention his daughter Mayor Sara D. Carpio, who's being pushed for president ("Sara could be the next president after Rody," said Salvador Panelo). Sara, who said she'd decide by 2021. Sara who -- her dad himself said at one time or another -- could finish the things he had started because she has the same bent of mind and temperament as he does.

And Duterte didn't mention Bongbong Marcos, the son of martial law dictator Ferdinand Marcos, whom President Digong had hailed in the past as great presidential timber.

When Duterte last week said "no one could complete" his projects and initiatives, he must have meant the people who were already positioning for the highest office of the land, particularly the wannabes he slammed, the likes of Robredo, Lacson, Poe and Gordon.

He must not have meant his daughter who could continue his work and protect him from post-presidency lawsuits as well.

[1] SC RULING ALLOWING GOVERNOR TO SERVE 4TH TERM. In an 8-6 vote, the Supreme Court ruled last September 12 that Camarines Norte Governor Edgardo Tallado can serve his fourth consecutive term, which is generally prohibited under the Constitution. Suspensions and dismissals were counted as involuntary interruption that allows him to serve a fourth term. A precedent, a constitutional law professor was quoted by a news media site.

Could the ruling affect the case of the two Cebu City councilors who were disqualified by Comelec and thrown out of the city legislature? Wait for the release of the full text of the decision, including the dissenting opinions.

[2] WOMAN LAWYER ASKS RAMA 'NOT TO ROCK THE BOAT.' In a call-out on Facebook, Atty. Gloria Gillamac Lastimosa wrote: "To Vice Mayor Mike Rama... support Mayor Edgar. Do not rock d boat... Too early for 2022 politics!!! U cannot earn votes this way."

Atty. Glo has joined a number of radio commentators who are saying the Labella ship is not sailing smoothly and is troubled by the captain's second in command.