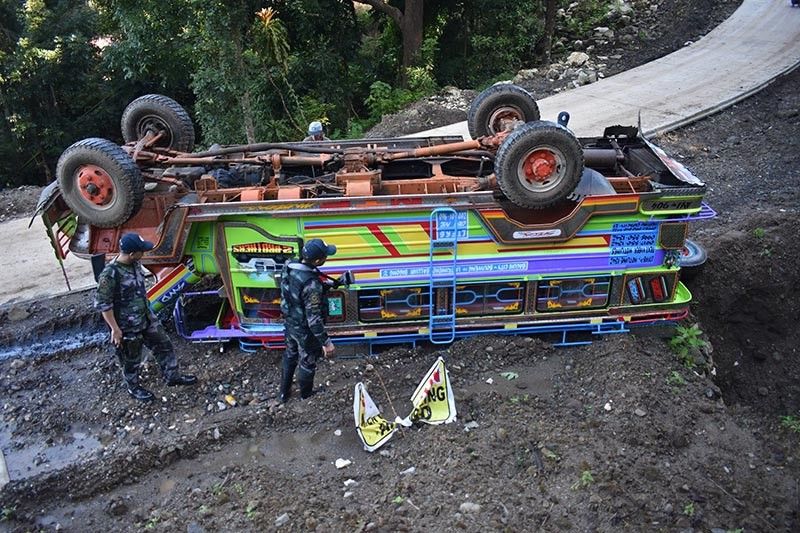 Initial investigation showed the jeepney driven by Richard Martin Fianza, 36, native and resident of Balluay was traversing at 8:20 p.m. on Monday, September 16, a descending portion of Barangay Bagong when the vehicle slipped to the left side of the road and turned turtle twice.

Police Captain Salvador Anes, Sablan Municipal Police Station (MPS) chief of police, said 14 of the 31 passengers were injured and were rushed to the nearest hospital.

He added Sablan MPS conducted follow-up investigation with the victims claiming they are not interested to file a case against the driver and owner of the jeepney considering they are relatives.

However, medical expenses of the victims will be shouldered by the driver and the owner.

Data obtained from Police Regional Office Cordillera revealed from January to August in 2018 and 2019.

This year, 286 cases recorded in Benguet, followed by Baguio City with 126 and Kalinga with 93.

The WHO added that road crash as the 8th leading cause of death.

Under the Sustainable Development Goals target by 2020, a decrease in the number of global injuries and deaths from road accidents and ensure healthy lives and promote well-being for all ages. This story was produced under the Road Safety Journalism Fellowship carried out by VERA Files and the World Health Organization under the Bloomberg Initiative for Global Road Safety.