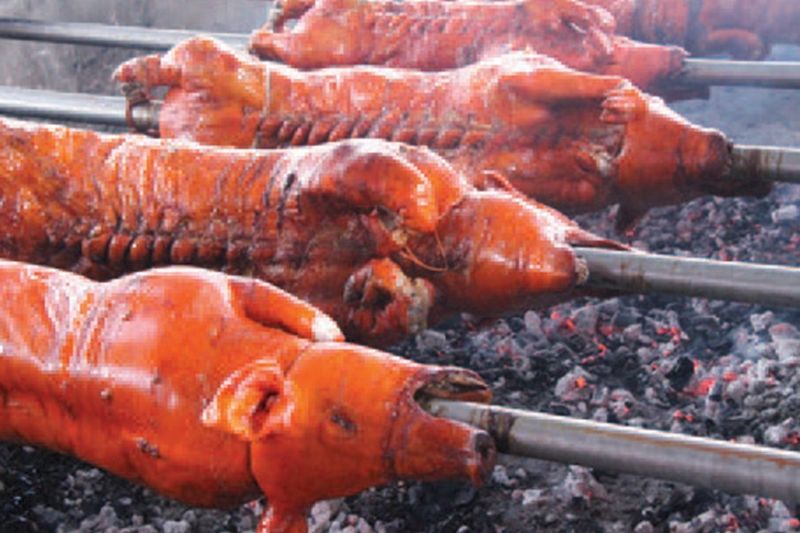 Despite the outbreak of African Swine Fever (ASF) in Luzon area, Cebu’s meat processors and restaurants that sell roasted pigs have assured their consumers—they have adequate supply of pork for the holiday season.

Bunny Pages, chairman and chief executive officer of Pages Holdings Inc.—the group that owns House of Lechon—told SunStar Cebu that their patrons can still have their fix on their food products in the coming days.

However, he admitted that they might encounter problems in the coming months as demands for lechon double during Christmas season until the New Year because of parties and family gatherings.

Pages said House of Lechon sourced its supply of hogs within Cebu.

“We don’t buy commercially raised hogs. All the hogs we buy are backyard-raised,” he said. “We have a supplier who goes around the municipalities to buy hogs,” he said.

The businessmen assured House of Lechon patrons of the safety of its lechon.

Unlike House of Lechon, Mandaue City-based meat processor Belcris Food Inc. sourced its supply of pork from the United States, which is not affected by ASF, according to its marketing supervisor Faye Delima.

Virginia Food Inc. president Felix Tiukinhoy said the company has also an adequate supply of meat for its products that include hotdogs and other canned goods.

He urges the government to release a joint guideline for the meat industry to comply with; it should also contain ASF and not let it spread to other areas in the country.

Tiukinhoy is also the president of Philippine Association of Meat Processors Inc.

On Sept. 10, 2019, Cebu Gov. Gwendolyn Garcia issued Executive Order (EO) 15 ordering a complete ban on live hog supply from Luzon, and frozen pork and other pork products processed in the provinces of Rizal and Bulacan.

Distributors from other provinces outside Luzon must first obtain documents specified by the Provincial Veterinarian Office and the National Meat Inspection Service before they can deliver hogs and other hog-based products within Cebu.

The Food and Drug Administration explained that the ASF is a “highly contagious” hemorrhagic disease of pigs, warthogs, European wild boars and American wild pigs that causes fever, loss of appetite, hemorrhages in the skin and internal organs, and even death to affected animals.

While the disease is not considered a human health threat, the FDA said the disease will cause major economic loss in the swine industry. (JOB)