Mactan ecozone to be relocated to pave for 2nd runway 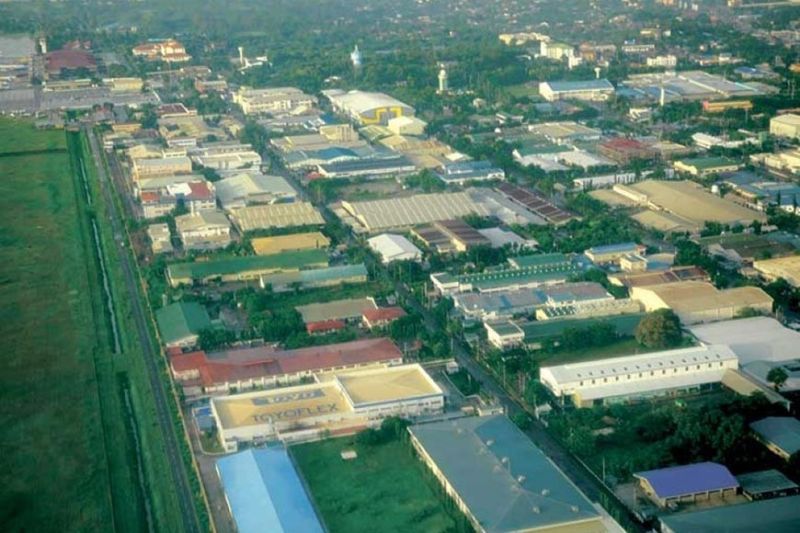 (UPDATED) All 150 locators of the Mactan Economic Zone (MEZ) will be relocated to a proposed reclamation area to pave for the construction of a second runway at the Mactan Cebu International Airport.

The Mactan-Cebu International Airport Authority (MCIAA), in a statement issued on Wednesday, September 18, 2019, said the proposed reclamation area will be developed into a “smart city” with direct access to a proposed cargo terminal in the airport.

MCIAA General Manager Steve Dicdican said this is “a win-win solution that will bolster local economic activity even far beyond the economic zone.”

"Our proposed new home for MEZ-1 will be a 'smart city', boasting (of) state-of-the-art facilities that will maximize the capacity for production of companies especially those in the information technology industry,” he added.

Dicdican said that “from the relocation area, locators will have direct access to a proposed cargo terminal in the airport.”

Aside from this, shared services infrastructure and renewable resources such as solar power and rainwater harvesting systems will be made available, providing locators with many opportunities to reduce operational costs.

A member of the board of directors of the Mactan Export Processing Zone Chamber of Exporters and Manufacturers (Mepzcem) said relocating the facilities at MEZ would be a “very daunting task”.

“How do we do that?” he asked, as he expressed concern that the locators would have to halt operations.

“Daghang companies (will be affected). They can’t just stop production,” he added.

MEZ workers would also be affected. The Mepzcem official estimated that MEZ locators employ a total of 57,000 direct workers and 285,000 indirect laborers.

The zone, formerly known as the Mactan Export Processing Zone, is one of four government-run enclaves that host export manufacturers with fiscal incentives.

Of the 119 hectares that comprise MEZ, 86 hectares or nearly three-fourths are leased from the MCIAA.

Construction of the second runway, which will run parallel to the first runway, as well as the proposed reclamation project would take seven to 10 years to complete, Dicdican said.

This should give MEZ locators "more than enough time and preparation for relocation and ensure minimal disruption", he said.

"While we will take into consideration and attempt to address all the concerns of the stakeholders, we have to make necessary sacrifices to sustain our long-term prospects and promote the greater good of the Cebuanos. We have looked at all the angles and all the scenarios. The relocation of MEZ-1 remains the most viable solution for all involved and the best implementation strategy for the 2nd runway,” Dicdican said.

The second runway and reclamation project are components of a P208-billion unsolicited proposal that MCIA concessionaire GMR-Megawide Cebu Airport Corp. (GMCAC) submitted to the MCIAA in 2017.

GMCAC was granted original proponent status (OPS) for the project in 2018. The project is undergoing evaluation by the National Economic and Development Authority Investment Coordination Committee (Neda-ICC).

If approved, the project will be subjected to a Swiss challenge, a procurement process in which other companies will be invited to challenge the original proposal.

GMCAC is currently undertaking the P17.5-billion upgrading project of MCIA through the public-private partnership scheme.

The project, however, does not include the operation, maintenance and improvement of the runway and other airside facilities.

In its proposal, GMCAC seeks to take over the airside facilities, rehabilitate the existing runway and taxiways, construct a second runway and parallel taxiway, and build a third passenger terminal.

In his statement, Dicdican reiterated that the MCIAA supports the business community despite this decision to relocate the MEZ locators.

He said the expansion of the airport would “support the entire island of Cebu, including its business community.”

“The whole project was tremendously complex and caused some degree of disruption, but ultimately, businesses continued to thrive,” he said.

The airport expansion in Atlanta generated a much bigger impact, allowing passenger traffic to increase by an additional 15 million passengers per annum in 2015.

Atlanta airport's new runway also increased the efficiency of the aircraft movements resulting in an overall higher airline on-time rate of over 82 percent from 71 percent before the new runway's opening.

The increase in passenger count is expected to redound to more economic activities for local residents and businesses, including those in Philippine Economic Zone Authority (Peza) registered enclaves.

"Because of our ideal mix of geography, culture and people, Cebu is growing at a phenomenal rate and will continue to grow in the decades to come. We can either ignore the growth and be overwhelmed by its effects at a later time or proactively plan and build now so we can support the growth,” Dicdican said. (MVI/SunStar Philippines with CSL/SunStar Cebu)