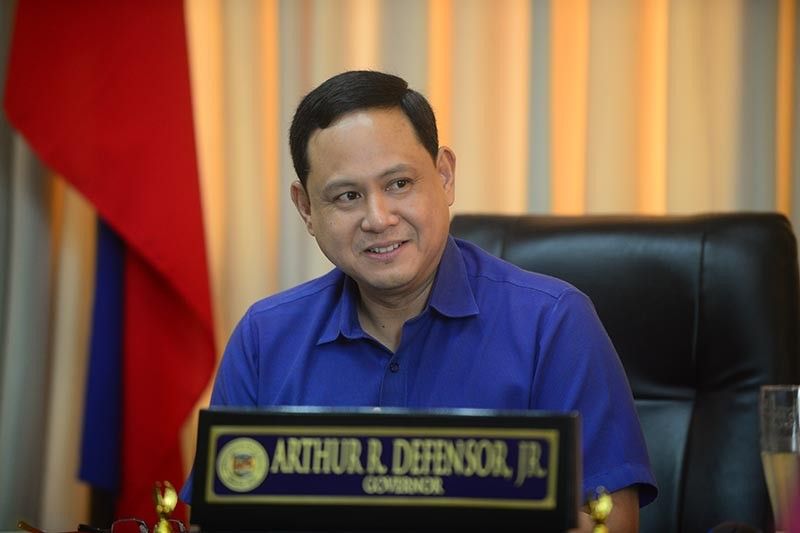 THE Iloilo Provincial Government is on high alert amid the African Swine Fever (ASF) scare in the country.

Iloilo Governor Arthur Defensor Jr. said he is finalizing an executive order banning the entry of live hogs and pork products from infected areas to the province.

"Officially in Iloilo, we don't have positive in African Swine Fever. But since we haven't identified the strain, we are taking precaution that it will not enter the province of Iloilo," he said.

"We will not allow the entry or ban the live hogs and meat pork and process meat products from countries and other areas identified by the Department of Agriculture as positive of African Swine Fever," he added.

He said the province will only allow entry of pork products with documents from regulating agencies.

Four ports in the province have been placed on alert. These include the ports of Estacia and Dumangas, as well as Fort San Pedro and Lapuz ports in Iloilo City.

"We have personnel that enforced our quarantine regulations," said the governor.

He assured the public that the supply of pork in the province is sufficient.

"Based on the data of the Department of Agriculture, our local supply of pork and processed pork products is sufficient...Our swine and its products came from Negros Occidental, Cagayan de Oro and Cebu," he said.

According to the Bureau of Animal Industry, the live hogs entering the province are piglets. "So pigs that are used in roast are from here not in the other place," he said.

The task force is chaired by the governor and co-chaired by the provincial veterinarian and is composed of monitoring teams that will watch over the entry of swine and pork products in ports.

Defensor said he is looking into deploying more people to help watch out for entries of live hogs and pork products, since he veterinary office is not that big.

"Deputized people should have capabilities (to guard) and it will come from national office to deputize these people. Right now, I am trying to figure out with human resources that we have and our municipalities to tighten security," Defensor said.

According to the World Organization for Animal Health, the ASF is a severe viral disease affecting domestic and wild pigs. (Leo Solinap/SunStar Philippines)