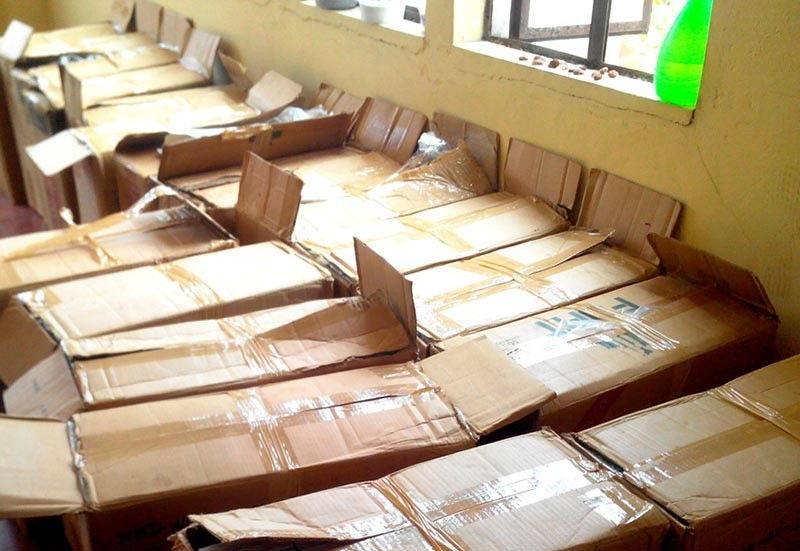 ZAMBOANGA. Operatives of the National Bureau of Investigation, Philippine Coast Guard and Bureau of Customs on Wednesday seize a shipment of P900,000 worth of smuggled cigarettes in Zamboanga City. (Bong Garcia)

LAWMEN have intercepted some P900,000 worth of smuggled cigarettes and arrested three persons as they were leaving the port of Zamboanga City, a government official said Wednesday, September 18.

Lawyer Moises Tamayo, National Bureau of Investigation (NBI) regional director, said the smuggled cigarettes were intercepted around 6:30 a.m. Wednesday few meters outside the gate of the port along Corcuera Street in the village of Zone 4, this city.

The arrest of the suspected smugglers and confiscation of contraband were made by a joint team of NBI, Philippine Coast Guard and Bureau of Customs.

Tamayo withheld the identities of the three arrested suspects pending the filing of formal charges against them.

He said the contraband were intercepted aboard two hatchback cars after they received information that a shipment of smuggled cigarettes are set to arrive here Wednesday coming from Jolo, Sulu.

Tamayo said one of the two cars was loaded with 18 while the other with 12 master cases of cigarettes for a total of 30.

He said the owner or shipper of the cigarette will be liable for violation of the customs code and national internal revenue code.

Charges for violation of intellectual property rights can also be filed against the people behind the shipment since the packs of cigarettes have markings of “locally manufactured” and “for export” and with the same brand name of Philippine-made tobacco products but without the official logo, the NBI official added.

“If it is locally manufactured, there should be a seal of rentas internas,” he said. (SunStar Philippines)