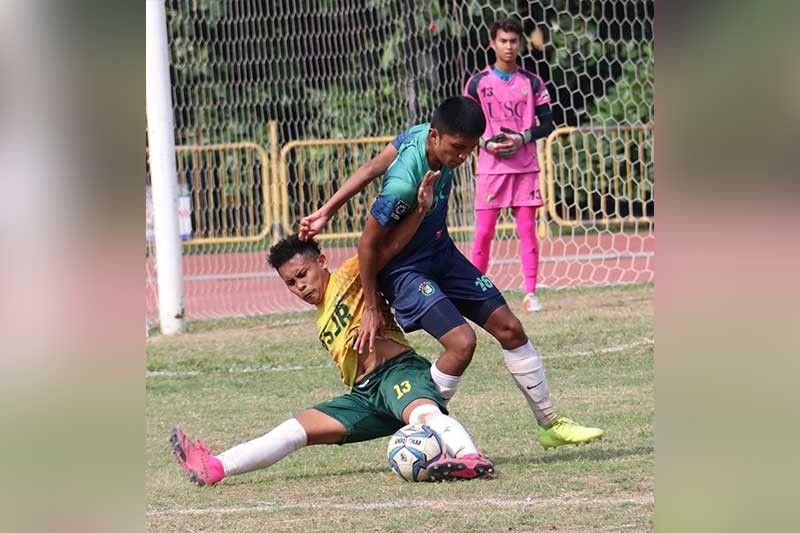 THE University of Southern Philippines Foundation (USPF) kept its hold of the top spot aftersettling to a 1-1 draw with the University of Cebu in the Cebu Schools Athletic Foundation Inc. football tournamentat the Cebu City Sports Center on September 18, 2019.

USPF, which beat the University of the Visayas (UV), 2-1, over the weekend now has 5 points in three matches.

John Avancena got USPF the lead in the 26th minute before Kurt Cuizon scored the equalizer in the 57th. Cuizon was also shown the red card for second motion in the 81st minute.

In the second game, three-time defending champion University of San Carlos got its first win after surving UV, 2-1. Ryan Destajo scored the first goal in 23rd before Keen Agot made it 2-0 in teh 47th.

Evan Guadoz scored the lone goal for UV in the 82nd minute.

USC jumped to second place with four points, while UV is third at three points, thanks to its opening day win over UC.

The University of San Jose-Recoletos, which drew USPF on opening day, is fourth at two points, whie UC is last at 1 point. (ML)

(An early version of this story had UC winning over USPF, 1-0. That was a mistake. We apologize for the error.)