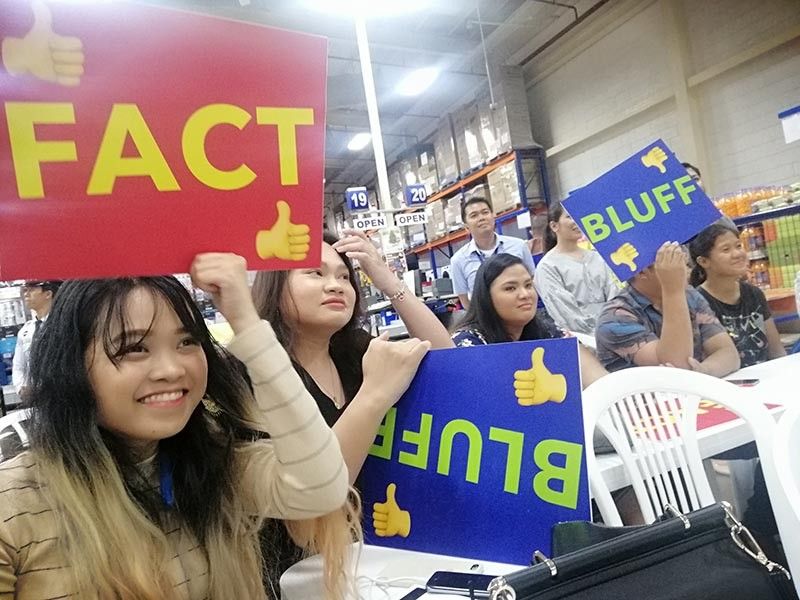 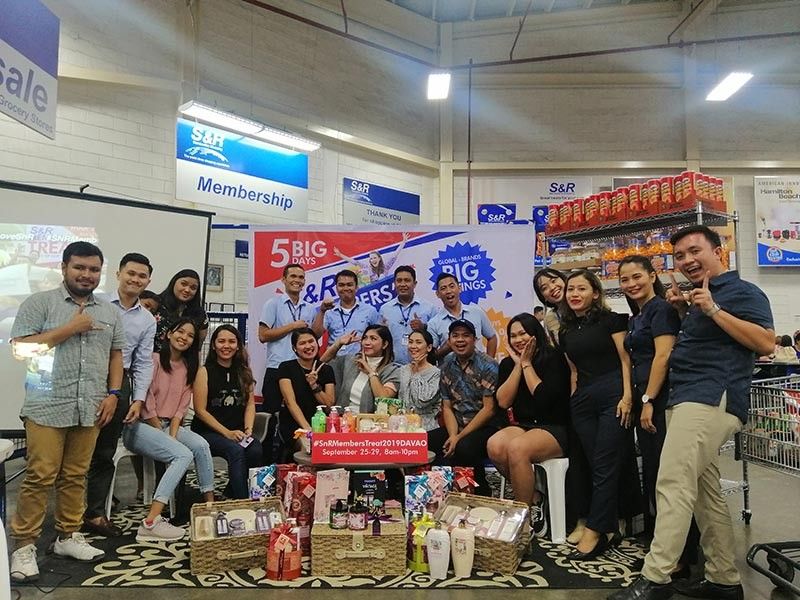 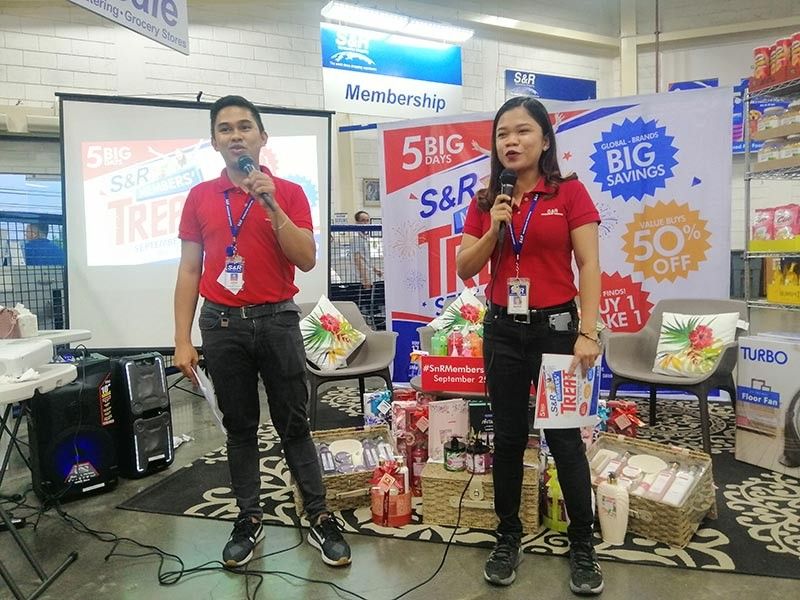 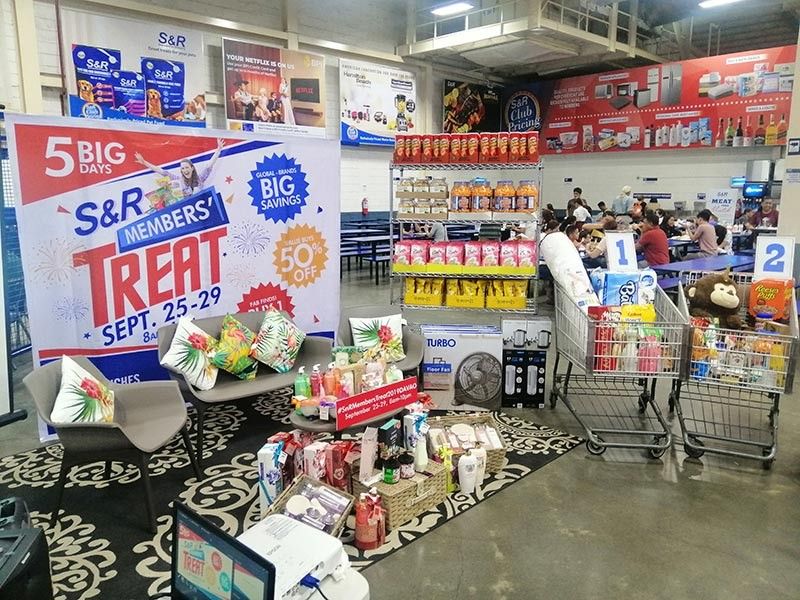 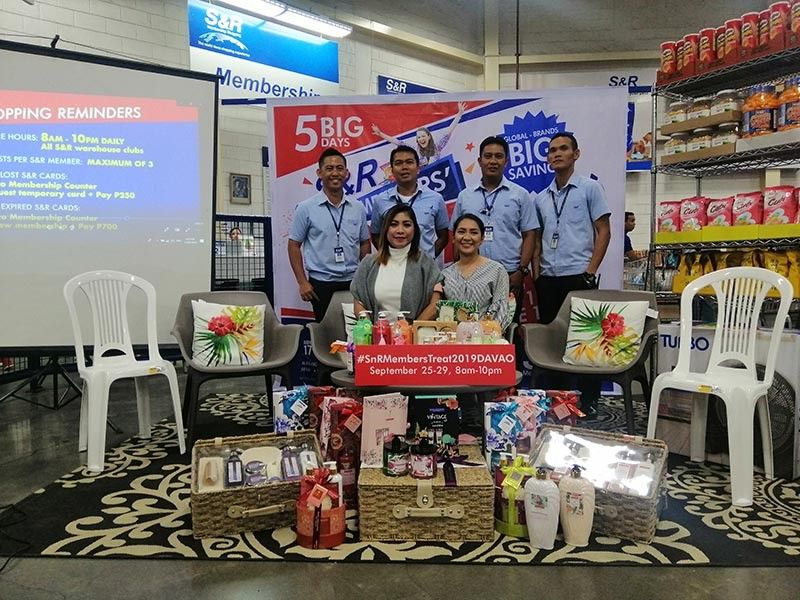 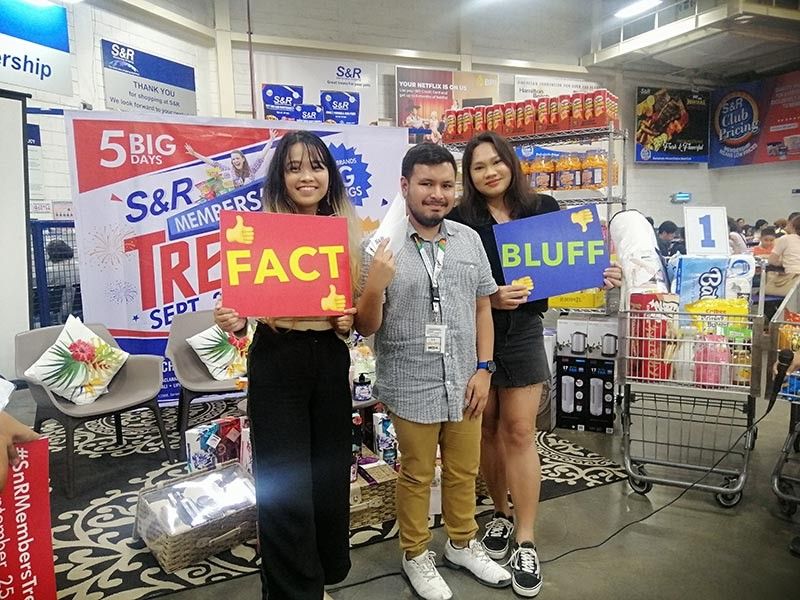 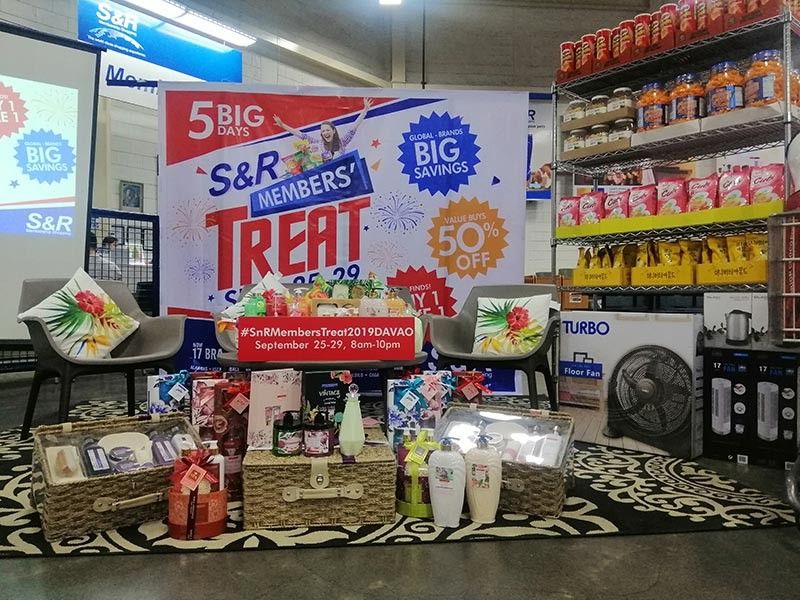 LESS than a hundred days before Christmas, S&R Membership Shopping brings back the much awaited S&R Members' Treat.

Get your shopping list and carts ready as S&R will be having a five-day shopping experience from September 25 to 29.

Shoppers will not have to feel the rush as operation hours are extended and is now from 8 a.m. to 10 p.m.

Enjoy huge savings on imported brands with a total of 2,994 items

Dabawenyos could choose from.

Not to mention, you could shop at items with 50-discount, and discover great finds at Buy 1 Take 1!

This will be S&R's second Members' Treat for the year. The last one was held last March, which was a ultimate success. No doubt, this coming next week will also be a sure hit for its members and potential members.

During the media launch last September 12, social media influencers and members of the media had a jumpstart of how the most awaited shopping madness sale of the year will be, with games and surprises.

The folks from S&R are hoping the level-up last March's Members' Treat.

Not only that, shoppers could bring home P1,000 worth of gift certificate starting September 19 until September 23, 2019 by doing the following: take a photo inside S&R club; write a caption saying why you love S&R include the hashtag #SNRMembersTreat2019Davao; and tag three of your friends on your social media accounts.

Make sure to make your post public. A total of three winners will be chosen and announced by S&R Davao on September 24.

With 17 branches nationwide who will be participating in this year's Members' Treat, there is no reason for you to miss out this one-of-a-kind shopping experience, wherever you are in the country.

If you're not yet a member, head over to S&R Membership Shopping, located at McArthur Highway in Davao City.

S&R is a membership-shopping club modeled after the warehouse membership shopping chains in the United States.