SunStar to be present in 7-Eleven Davao stores 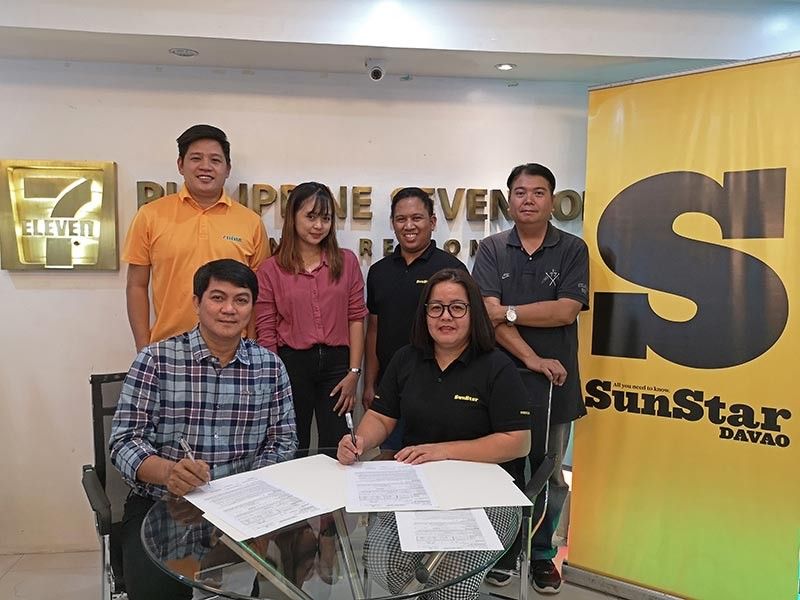 Abad said the partnership gives both parties “an edge” in terms of delivering news especially since SunStar Davao is being widely read.

“SunStar is the leading newspaper in Mindanao and 7-Eleven stores expanded already in Mindanao (then) this event gives both parties an edge in terms of delivering the news within Davao, in our covered stores... and the community can get the newspaper anytime and anywhere,” Abad said.

He added that with the partnership, people can have access to Sunstar Davao newspapers anywhere in Davao City where there is 7-Eleven store 24 hours a day and seven days a week.

At present, there are 80 7-Eleven stores in Davao City, and they are eyeing to open five more stores in the city before the year ends.

Alcoriza said the partnership is a good business strategy to boost and retain Sunstar Davao’s dominance in the industry.

“With our presence at 7-Eleven stores, Dabawenyos will now have access to the latest news in Davao City. Whether they are grabbing coffee, something to eat, or some essential things, they can now also get the latest edition of SunStar Davao,” he said.