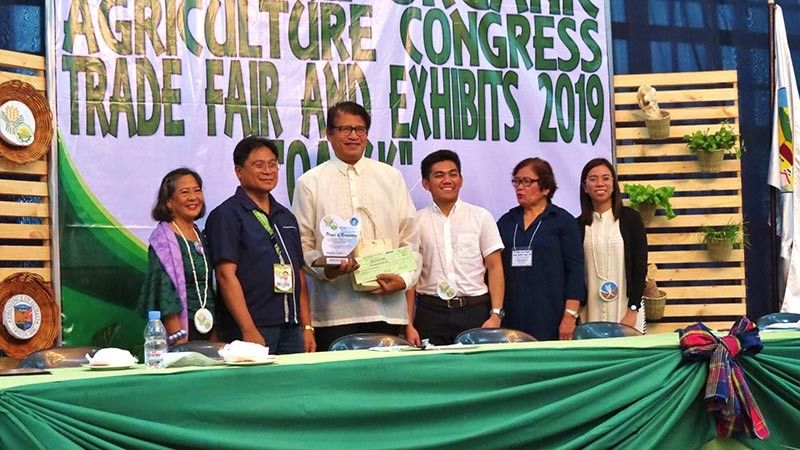 Orbida is also vying in the same category for the National Organic Agriculture Achievers’ Awards (NOAAA) which will be held in Cavite in November this year.

Negros Occidental and Victorias City, on the other hand, were recognized as outstanding province and city, respectively.

Orbida said going organic in a farming system takes a lot of sacrifice. Not only financially, but also mentally and emotionally.

“You will be laughed at by non-believers. You have to unlearn a lot from the conventional method of farming,” he said, adding that “this award recognizes all our sacrifices and that we’re doing the right thing despite the odds.”

Provincial Agriculturist Japhet Masculino, for his part, congratulated the winners from the province for helping sustain organic agriculture development.

“Just keep on implementing organic farming for we still have a long way to go,” Masculino urged local organic practitioners.

For the national level, meanwhile, members of the National Technical Committee for NOAAA have already conducted the field validation for Orbida, who is one of the three finalists this year.

The team evaluated Orbida in his farm at Barangay Enclaro in Binalbagan town on August 27.

Also last year, the former broadcast journalist was recognized by the Provincial Government of Negros Occidental for coconut and integrated farming during the 2nd Food Production Heroes Assembly.

Orbida, the association’s president, earlier pointed out that prices of chemical fertilizer and pesticide are not decreasing. The lives of small and marginalized farmers are not improving as well.

The multi-awarded said the production of organic fertilizer and pesticide can help reduce the expenses of the farmers. Instead, it will be an additional income for them.

“Our farms need to recover from the effects of chemical fertilizers and pesticides use,” he said, stressing that various diseases have been affecting the plants and crops in the world not only in the Philippines.