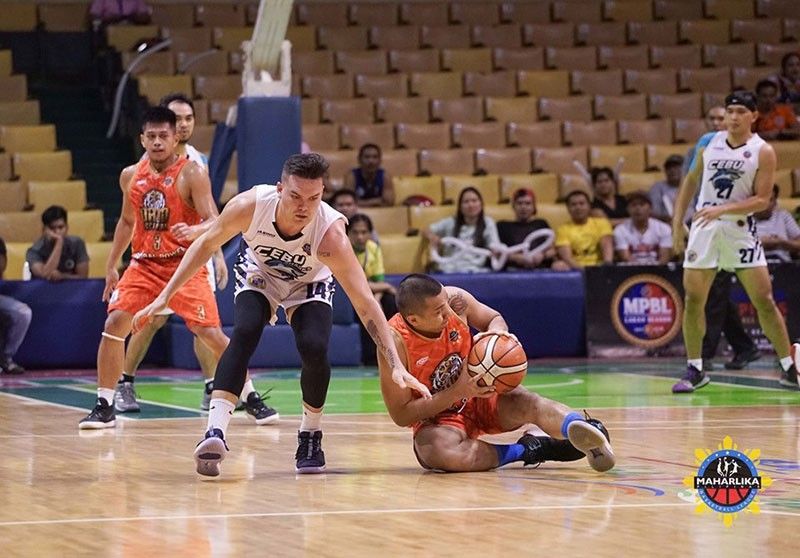 Cebu’s William McAloney scored 28 points to help the Sharks come away with a 74-70 win over Zamboanga. (Photo courtesy of MPBL)

The Sharks trailed by eight in the early goings but behind a stifling and disruptive defense that forced Zamboanga into a whopping 29 turnovers, Cebu was able to turn it around and log in their fifth win in 13 games while pulling Zamboanga down to an even 8-8.

While reliable big man William McAloney carried the scoring load with 28 points, eight rebounds, two assists, two steals and a block, the Sharks got plenty of contributions from the rest of the squad, notably Nichole Ubalde, who came into the game and injected Cebu with lots of energy and effort especially on the defensive end of the floor.

The Sharks were leading by just two, 47-45, when Patrick Cabahug scored a difficult jumper followed by layups by McAloney and Ubalde that brough their lead to eight, 53-45.

Zamboanga pulled to within four but Cebu readily answered with seven straight points capped off by another layup by McAloney to give them their largest lead of the game at 64-53, 2:06 to go.

Zamboanga made a game out of it as they trimmed the deficit to four after two free-throws by Harold Arboleda but John Reel Saycon — who was on the receiving end of an unsportsmanlike foul by Allan Santos — made two free-throws to raise the Sharks’ lead to six, 66-60.

Harold Cortes and Patrick Cabahug then made the insurance free-throws down the stretch to secure Cebu’s win.