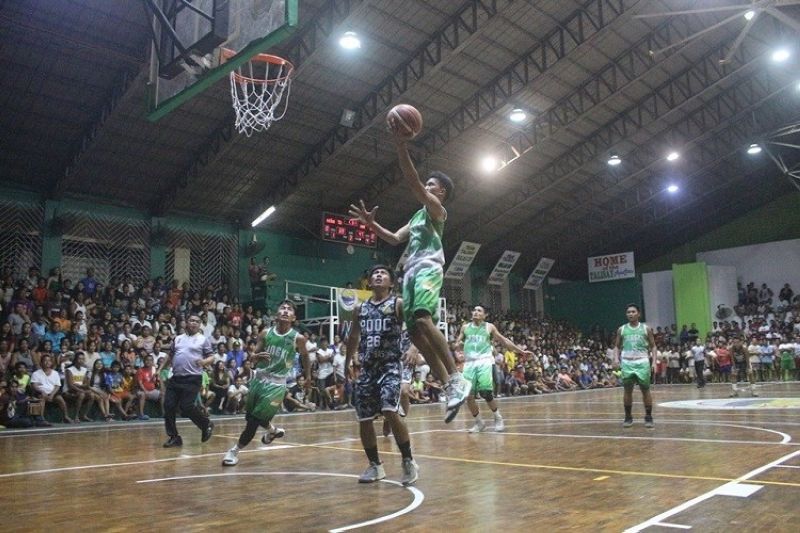 A player from Tangke glides to the basket for two against Pooc. (Contributed photo)

LAWAAN 3 strung up an incredible 150 points as they clobbered Dumlog, 150-115, in the Seniors division of the Talisay City Mayor’s Cup at the Talisay City Sports Complex on Tuesday night, September 17, 2019.

Jomari Mellabangco led the remarkable scoring parade of Lawaan 3 with 25 points and 11 rebounds while Jerome Isreal added 19. Denzel Sabroso, Angelo Montero and Gadano Gomercindo had 17 points each to help the team improve to 2-1 (win-loss) and keep Lawaan 3 winless in three games so far.

Bulacao also improved to 2-1 with a clinical 119-77 rout of Camp 4. Juvan Gabato tallied 31 points and seven rebounds while John Ando had 28 markers and four assists in the one-sided affair.

Over in the Juniors division, Tangke remained unbeaten as it crushed Candulawan, 106-85. Cyd Pena had an outstanding game as he produced a beastly double-double of 22 points and 16 rebounds. Rodel Baduya was likewise impressive, logging in 19 points as well as nine steals.

Also coming away victorious was Mohon, which leaned on Keaton Taburnal who filled the stat sheet up with 32 points, 12 rebounds and four steals to lead Mohon past Maghaway, 107-100, and boost their standing to an even 2-2. (SunStar Cebu)