Editorial: Not one less 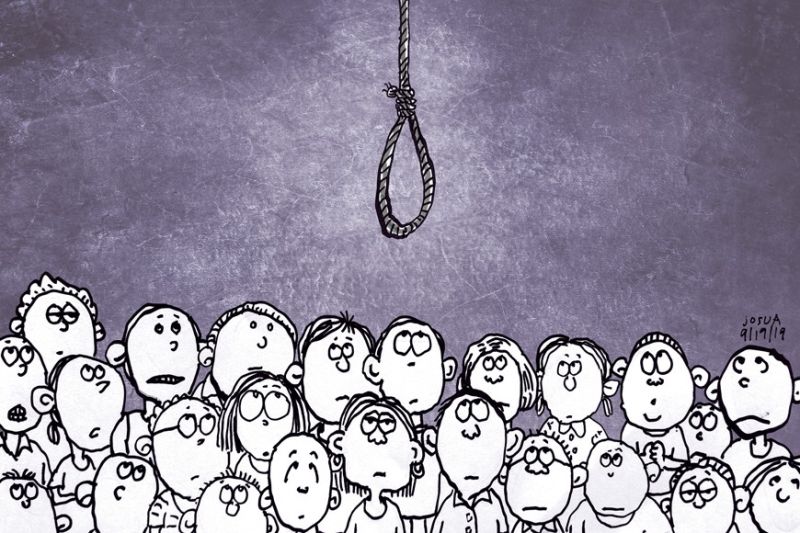 Eight hundred fifty suicides from 2016 to 2019 in Central Visayas.

Such an astounding figure from the records of the Police Regional Office (PRO) 7.

That’s an average of 213 persons taking their own lives per year, or 17 to 18 persons per month. That, when even a suicide or two is already too many.

What is even more alarming in the statistics is that Cebu has the most number of suicide cases in the country, said Dr. Renato Obra, chief of the Center for Behavioral Sciences at the Vicente Sotto Memorial Medical Center.

There had been no formal research to explain why this is so, but the figures are clear that Cebu tops other Provinces, said Obra. The most common sites are the Mactan bridges, he added.

Just last month, there was a succession of three attempts—one succeeded, the other two were aborted.

The PRO 7 figure only shows the reported cases, and there’s certainly a good number of unreported ones with families opting to keep them private.

The cases continue in increasing waves, as reported by the National Statistics Office.

Republic Act 11036, or the Mental Health Act, was signed into law on June 20, 2018 and took effect on July 5. It’s a young law, its implementing rules and regulations were only approved in January this year.

Important in the law is government’s responsibility to put up mental health care facilities.

These units must also create their own program in accordance to the guidelines set by the Philippine Council for Mental Health.

We do hope our government units and academic institutions activate the soonest these facilities and services and create innovative programs to help out constituents with mental health problems.

The World Health Organization said the peak age for suicide among men is 45 years old, while it’s 65 for women. The agency said there are two teenage suicides deaths per 100,000 people in a country.

In our corner of the world, it seems the story is different. News reports show younger individuals have taken their own lives recently.

While government is still setting up these mental health facilities, programs and services, the public can very well take its role by merely listening and caring for individuals who show signs of deep vulnerability.