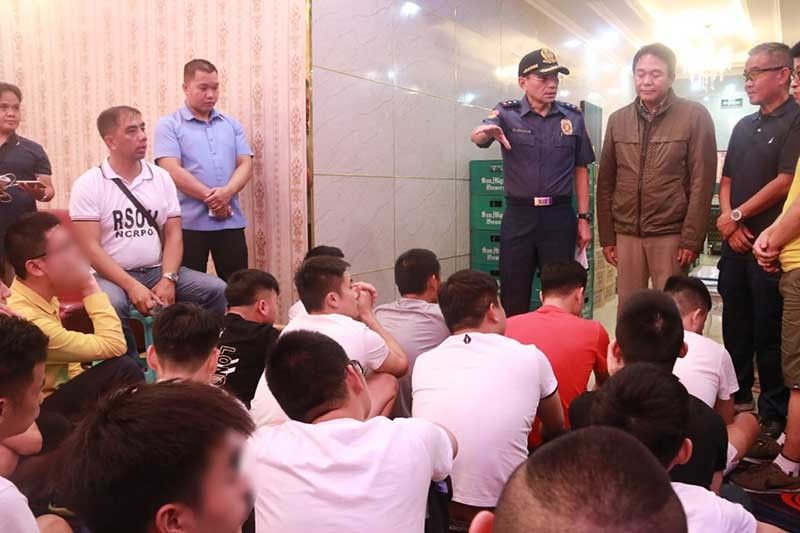 MANILA. A total of 33 Chinese nationals were arrested on September 18, 2019 for allegedly operating or patronizing a prostitution den disguised as a spa in Makati City. (Photo from NCRPO) 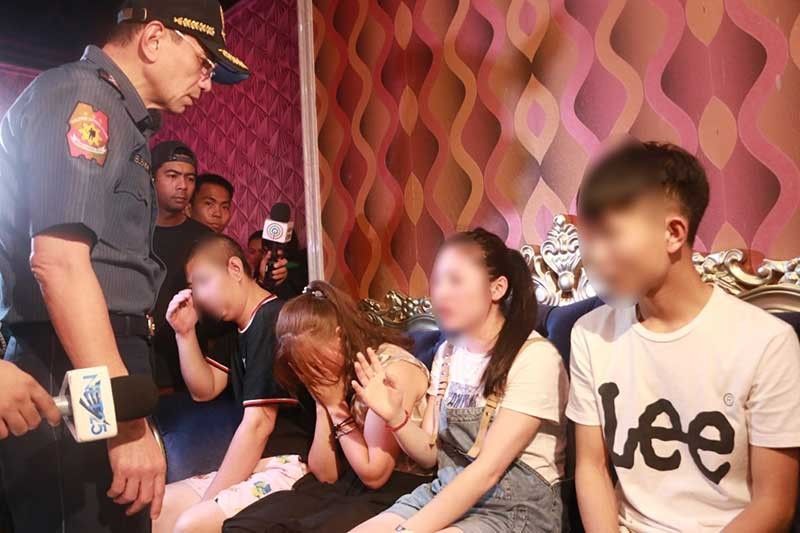 MANILA. A total of 33 Chinese nationals were arrested on September 18, 2019 for allegedly operating or patronizing a prostitution den disguised as a spa in Makati City. (Photo from NCRPO)

POLICE arrested on Wednesday evening, September 18, 33 Chinese nationals for allegedly operating or patronizing a prostitution den disguised as a spa in Parañaque City.

Some 51 Chinese women, on the other hand, were "rescued" during the raid at around 11:45 p.m. on the Manila Wellness Spa located at the 3rd Floor of Diamond Bay Tower along Roxas Boulevard in Baclaran.

Following the successful operation, a Filipino lawyer and his two companions were also arrested for allegedly trying to bribe the head of the NCRPO-Regional Special Operations Unit.

Of the 33 Chinese nationals who were arrested, 13 were allegedly operating the prostitution den while 20 were customers.

The 13 alleged operators consist of nine men and four women. The customers were mostly working in Philippine Offshore Gaming Operators (POGO) establishments in the country.

“We also arrested 20 customers. We will also charge them for taking advantage of these Chinese women who are victims of human trafficking," said Eleazar.

Police also confiscated some P1.8 million cash believed to be the earnings of the spa for that day.

The establishment does not have any permit to operate from the local government unit.

Eleazar said the operation was an offshoot of the operation in Makati City on September 4 wherein seven Vietnamese women were rescued while two Chinese nationals who were responsible for the prostitution den were arrested.

The Manila Wellness Spa has 37 rooms, including seven VIP rooms.

Those who operate the spa reportedly charge P9,000 to P21,000 per Chinese sex worker.

"I was able to interview the Filipino utility workers and they told me that they would clean each room five times a day," said Eleazar.

He said at least seven Filipino utility workers are employed in the spa. They also served as witnesses. (SunStar Philippines)