Clark airport describes news on COA report ‘out of date’ 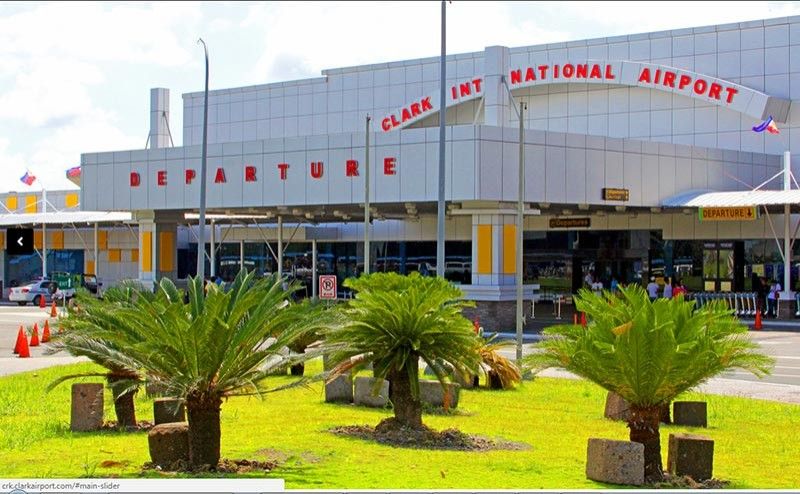 CLARK FREEPORT -- The Clark International Airport Corporation (CIAC) has described as out of date the newspaper report regarding the compensation of farmers inside the aviation complex amounting to millions of pesos.

“We refer to the news articles recently published by Rappler (‘COA asks Clark airport operator to explain millions given to illegal settlers’, 9/15/19), Malaya (COA to Clark Airport officials: ‘Why were squatters paid millions?’, 9/16/19), and Philippine Star (‘Clark Airport in hot water for P7-million grant pertaining to payments granted by CIAC to informal settlers’, 9/17/19)."

“These news articles are out-of-date and surprisingly done without research work,” the corporation stated.

COA issued an unmodified opinion, a valued auditing phrase, pertaining to the issue on granting financial assistance to informal settlers and all other financial transactions of CIAC in 2018, CIAC said.

This means COA accepted the CIAC’s justification and actions taken to address all Audit Observation Memoranda (AOMs), it added.

“It is true COA raised these questions as deliberately highlighted in the news stories but only before the submission of CIAC’s reply to COA dated May 8, 2019 justifying the payment of financial assistance along with the Agency Action Plan and Status of Implementation or AAPSI submitted last July 31, 2019,” the CIAC management said.

The compensation issues involving informal settlers were already addressed in the AAPSI submitted to the COA in response to the latter’s audit observations," the corporation added.

The AAPSI is a strictly required document in government auditing procedures, a summary and update of the agency’s actions on all audit observations.

However, this statement is issued in the interest of transparency and full disclosure.

CIAC stated that its policy in 2009 to clear informal settlers within Industrial Estate5 (IE5) was guided with the valuation on financial assistance, patterned after an appraisal formula used by the Bases Conversion Development Authority on Subic-Clark-Tarlac Expressway (BCDA-SCTEX).

CIAC's version of the formula was a computation on the value of trees, crops and structure plus P50,000 for each bonafide claimant. This explains why the amount of financial assistance varies among recipients.

Since there is no existing law at the time that provides rules for the payment of financial assistance to informal settlers occupying lands within a Freeport zone, CIAC deemed it appropriate to use the antecedent valuation in 2009 (or the BCDA-SCTEX formula) as basis for determining the amount of financial assistance to be granted to informal settlers occupying land within the Clark Airport Expansion Project area.

The computation of financial assistance involves a tedious process of inventory conducted by CIAC along with officials from the Department of Agriculture (DA) and the Department of Environment and Natural Resources (DENR) to determine the number and maturity of trees, crops and other produce or livestock.

In 2017, CIAC established its own Board-approved policy on the determination of financial assistance to informal settlers occupying several areas identified for the Clark Airport Expansion Project, a flagship project under the “Build, Build, Build” program of President Rodrigo Duterte.

During the last quarter of the same year, CIAC and BCDA started clearing the areas affected and conducted the aforementioned inventory, this time, with an addition of a COA representative present.

On September 2018, the Office of the Government Corporate Counsel (OGCC) intervened and declared the grant of financial assistance should not be made in accordance with the area of the land occupied or the value of the structure or plants introduced thereto since the informal settlers are possessors in bad faith and thus, not entitled for any indemnity or compensation.

Since then, CIAC has ceased to implement its financial assistance policy.

In December 2018, the Clark Airport Expansion Project area has been cleared of informal settlers and is in effective control and possession of CIAC as the project is currently ongoing.

CIAC submitted to COA a certification on June 3, 2019 citing the areas within the Clark Civil Aviation Complex (CCAC) where the construction of the New Passenger Terminal Building of the Clark International Airport (CRK) is currently taking place “have been cleared of informal settlers and that CIAC is in effective control and possession.”

At present, CIAC's standing policy is to offer zero financial assistance or any form of compensation to informal settlers, if at all, and to secure, enclose and prohibit the entry of unauthorized persons or farm equipment on affected areas.