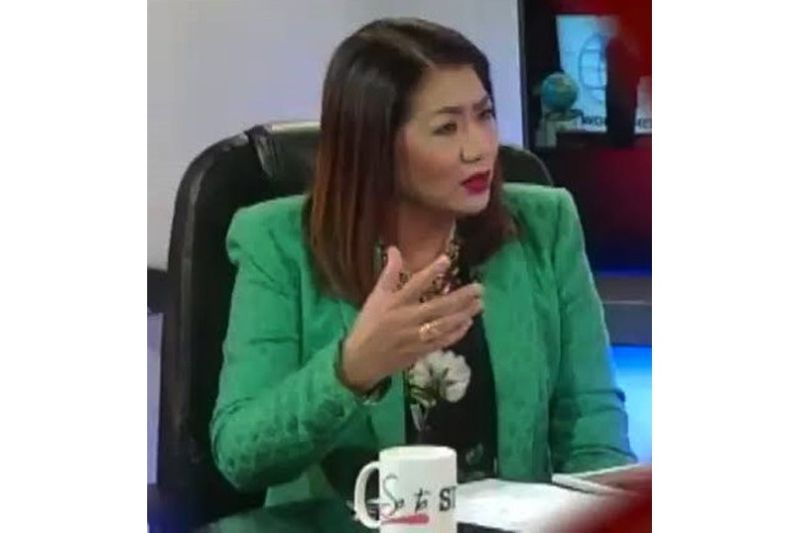 CITY OF SAN FERNANDO -- Kapampangan broadcast journalist and CLTV36 general manager Sonia Soto decried the alleged red-tagging of an intelligence agency against her.

“I cannot accept this label or tag because I am neither a communist nor a terrorist. I am a professional TV station manager and a Kapisanan ng brodkaster ng Pilipinas (KBP)-licensed TV broadcaster. I have never allowed CLTV36 or any of its shows to be a mouthpiece for anyone advocating terrorism or to raise arms against government in the course of my work as a broadcaster and general manager of CLTV36. As a matter of fact, like all TV stations, we use a standard disclaimer to caution the viewers should anyone among the guests in a TV show utter words that may be misconstrued as reflective of the Management’s views on a specific topic being discussed. Please know that I am concerned for my safety,” she said in her post.

The National Union of Journalists of the Philippines (NUJP) Pampanga chapter reported that in a forum at the Don Honorio Ventura State University in Bacolor on Tuesday, September 17, Rolando Asuncion, regional director of the National Intelligence Coordinating Agency (NICA) said that there are many members of the CPP-NPA-NDF now in government offices and even in the media.

Soto is the same Sonia Soto who, as a student leader at the Lyceum of the Philippines, signed the historic Soto-Enrile accord, a 1982 agreement between the League of Filipino Students and the Ministry of National Defense that bars state security forces from entering the state university.

Asuncion claimed that there are 31 identified media personalities in the NICA's list of alleged rebels and one of them is Soto. However, he did not indicate if the 31 are only from Central Luzon or nationwide.

The incident allegedly happened during a “Situational Awareness and Knowledge Management” briefing, which he described as “pursuant to the mandate of NICA in implementing Executive Order 70 calling for the creation of a National Task Force specifically in the adoption of a National Peace Framework to end the local communist armed conflict.”

The red-tagging of Soto is the latest incident in the increasing incidence of journalists and media organizations targeted for red-tagging by the government and its agents, according to the NUJP.

Before the incident involving Soto, the NUJP said that it had also been informed about similar forums where speakers from NICA had allegedly accused the organization of links to the rebel movement.