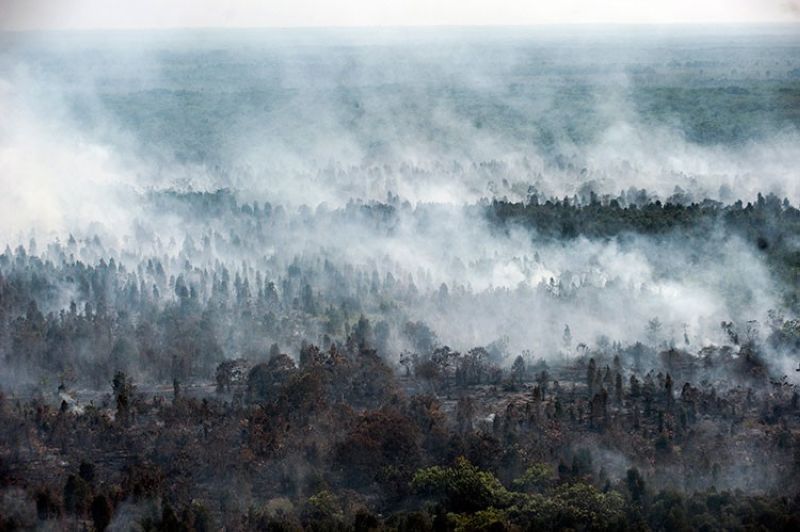 JAKARTA, Indonesia -- Indonesian police said they have arrested 230 people suspected of starting fires that are spreading health-damaging haze across a large part of Southeast Asia.

National police spokesman Dedi Prasetyo said Thursday, September 19, that those arrested include three men who were caught while trying to clear land to plant crops in the Tesso Nilo National Park, which is home to about 140 endangered wild elephants.

Prasetyo said the suspects could be prosecuted under an environmental protection law that mandates a maximum 10-year prison sentence for setting fires to clear land.

Indonesia's fires are an annual problem that strain relations with neighboring countries.

The smoke from the fires has blanketed parts of Indonesia, Singapore, Malaysia and southern Thailand in a noxious haze. (AP)