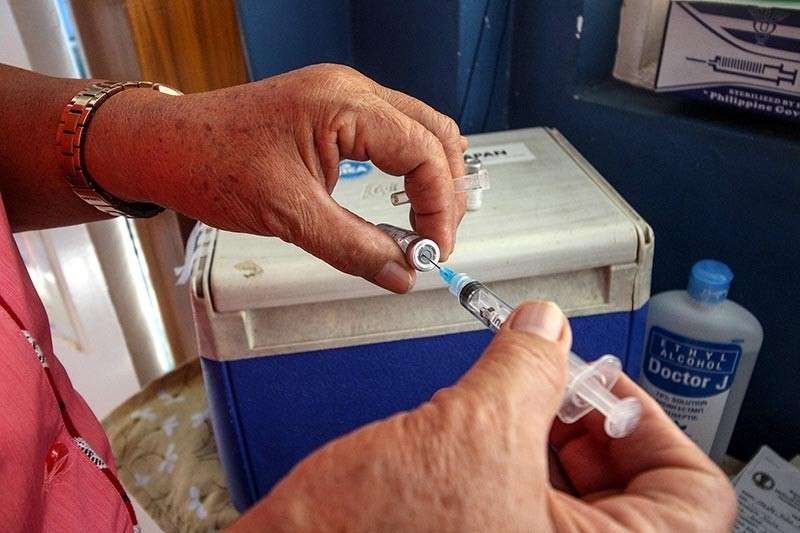 A THREE-YEAR-OLD girl from Lanao del Sur was found to have contracted polio virus, the first confirmed case since the Philippines was declared polio-free in about two decades.

In a media conference on Thursday afternoon, September 19, Health Secretary Francisco Duque III said the virus has also been detected in samples taken from sewage in Manila and waterways in Davao.

Duque said having a single case of polio is "considered an epidemic" in a polio-free country. The Philippines was declared free of polio by the World Health Organization in 2000.

Polio, or poliomyelitis, is an infectious disease acquired via the fecal-oral route that spreads rapidly. It can cause paralysis and, on rare occasions, can be fatal.

There is no cure for polio and it can only be prevented with multiple doses of polio vaccines.

The last case of wild poliovirus in the country was reported in 1993.

Aside from the confirmed polio case, the Health chief said a suspected case of acute flaccid paralysis is awaiting confirmation.

The case, if confirmed, would be the first recorded in the country since 2001, when three cases of acute flaccid paralysis were found in Cavite, Laguna, and Misamis Oriental.

Duque urged the parents to protect every child under the age of 5 years through immunization.

The DOH has scheduled a series of synchronized oral polio vaccinations in areas at risk beginning in October 2019.

“We strongly urge parents, health workers and local governments to fully participate in the synchronized polio vaccination. It is the only way to stop the polio outbreak and to protect your child against this paralyzing disease," said the health chief.

Based on the DOH fact sheet on polio, the Philippines has remained at high risk for poliovirus outbreaks as routine coverage for the third dose of the Oral Polio Vaccine (OPV) has remained below the 95-percent target in the recent years. (HDT/SunStar Philippines)