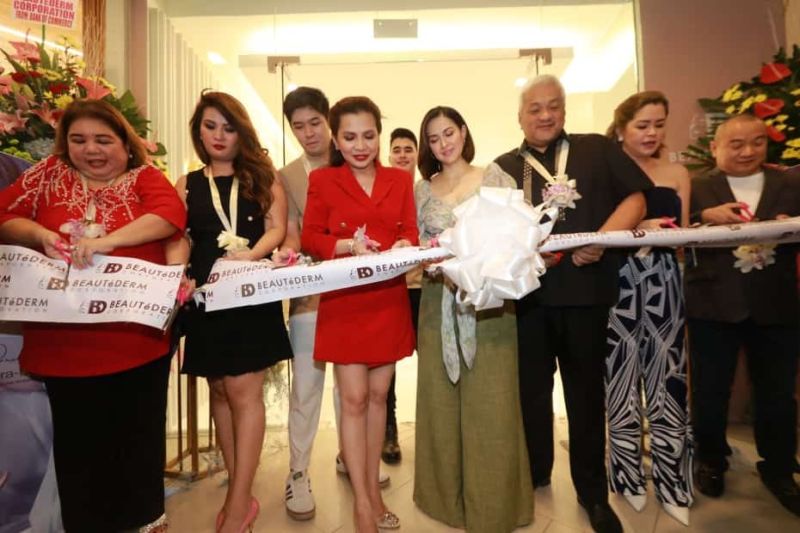 Rivera-Dantes is the face of Beautederm Home, which features an exquisite line of home scents.

"My favorite scents are the Into the Woods and Calming Lavender while DingDong prefers the Something Minty scent," Rivera-Dantes said.

She described her partnership with Beautederm as "one of the best" that she has. She also described Tan as a sister.

The flagship store at Marquee Mall is Beautederm's 88th store. Aside from homecare products, the store also sells the brand's most popular skin care sets and products including facial wash, whitening soaps, and creams.

Existing Beautederm stores are at Newpoint Mall and Villa Angela in Angeles City, and at One North Mall under the name Majiche Complexion by Beautederm in Mabalacat City.

Beautederm started in 2009 when Tan decided to leave her job as vice president for marketing of a big appliance store in Angeles City.

She started with a P3,000 capital and after a decade has grown to 88 stores and counting, and thousands of resellers and distributors across the country and abroad.

Beautederm products are notified as safe by the Food and Drug Administration (FDA). The company is also awarded by Superbrands, which strengthens a brand's position, adds prestige and reassures consumers and suppliers that they are buying the best brand in its category.