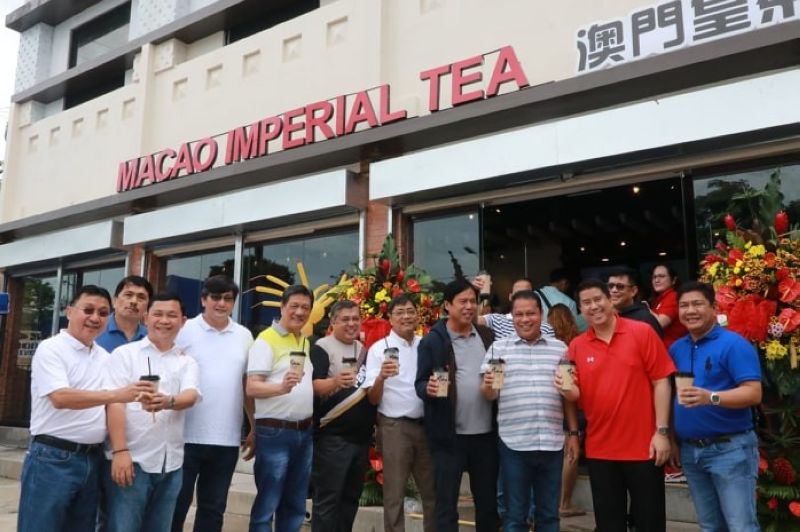 THE famous global tea brand, Macao Imperial Tea (MIT), is all set in bringing "handcrafted goodness" to Kapampangans of all ages after it opened its first stand-alone shop in Pampanga Wednesday, September 18.

The milk tea shop, located in the midst of the stretch of restaurants and cafes along the Lazatin Boulevard in the City of San Fernando, is the brand's second and in Pampanga after that in SM City Telabastagan. It is the 65th all over the country.

MIT franchisor Avin Ong said the Macau-native brand takes pride in the consistency of the flavors of its drinks, as well as the picture-perfect packaging of its products and the shop as a whole -- from the cozy furniture up to the artistic wall arts.

“Macao Imperial Tea is more than just milk tea. We offer various kinds of flavorful drinks, including coffee and sodas, as well as different kinds of pastries. And of course, our very instagrammable place that is very suitable to millennials and even kid-at-heart,” he said.

Since its debut in the Philippines back in 2017, Ong said MIT is considered the fastest growing tea brand in the country due to the warm acceptance of Filipinos and even foreign customers who are familiar to the taste of original tea.

“Macao Imperial Tea has more than 300 branches all over the world. When we decided to bring it to the Philippines in 2017, we opened our first branch, our flagship store in Banawe in Quezon City and since then, we were able to expand and share our products to a bigger market,” he said.

MIT-Lazatin branch franchisee Paula Locsin-Bondoc, for her part, said that their wide array of menu “can surely satisfy the dainty taste buds and artistic nature of Kapampangans, both young and old.”

“Kapampangans are known to having flavorful taste buds and our products are just right fit for that. We have the cream cheese and matcha series, our best-seller cheesecake and many more,” she said.

As a stand-alone shop, Locsin-Bondoc said they made sure of the coziness of the place -- with the comfortable chairs and numbers of electric outlets where students and employees and even just group of friends can hangout.

She said the tea shop is operating from 10 a.m. to 10 p.m. every day, but can extend up to midnight during weekends depending on the demand of the customers.

Fourth District Representative Juan Pablo Bondoc, husband of Paula, along with officials from his jurisdiction, were also in attendance during the grand opening to express their support on the new venture of his better-half.

“We are glad to provide a different kind of service to our kabalens and hopefully, it can help provide economic activity in the City of San Fernando and the province of Pampanga,” he said.