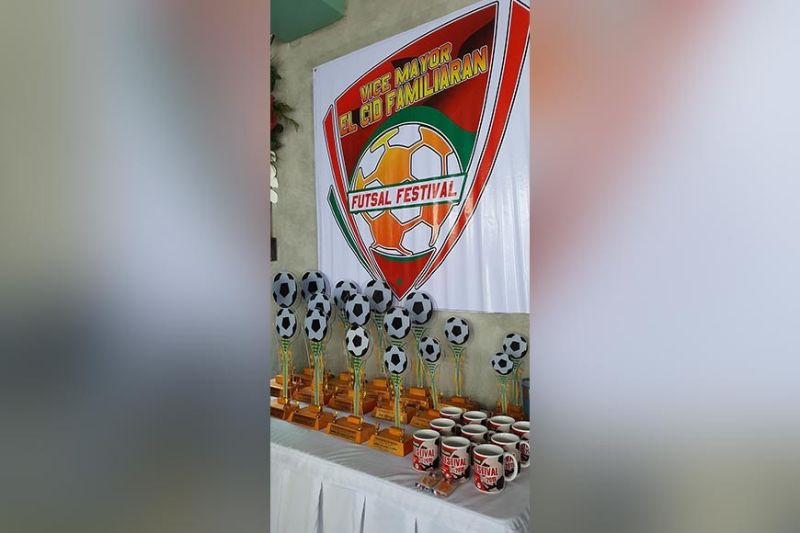 BACOLOD. Trophies and medals for the tournament winners. (Photo by Carla N. Cañet)

Futsal is a variant of association football played on a hard court, smaller than a football pitch, and mainly indoors.

It features similarities to five-a-side football. Futsal is played between two teams of five players each, one of whom is the goalkeeper. Unlimited substitutions are permitted, (Wikipedia).

Vice Mayor Familiaran said there are 29 teams that signified to participate in the Futsal festival coming from various private and public schools.

There are four tournament categories such as Under 13 Boys, Under 17 Boys; Under 17 Girls and Ladies Open.

Vice Mayor Familiaran said, “Futsal is very interesting. This is a new sport that was introduced and played in the Olympics, Sea games and Palarong Pambansa. This is more on fellowship where parents can enjoy watching their sons and daughters playing futsal. This is one way to hone the skills of our youth who are sports buffs and enthusiasts. We provide them the opportunity to get the needed training and competition. There is a saying that says practice makes perfect and we are here to provide them the opportunity to get their skills sharpened.”

Vice Mayor Familiaran invites everyone to enjoy and be part of the 1st futsal festival. “This is for all Bacolodnons. Let’s engage ourselves in sports,” he said.