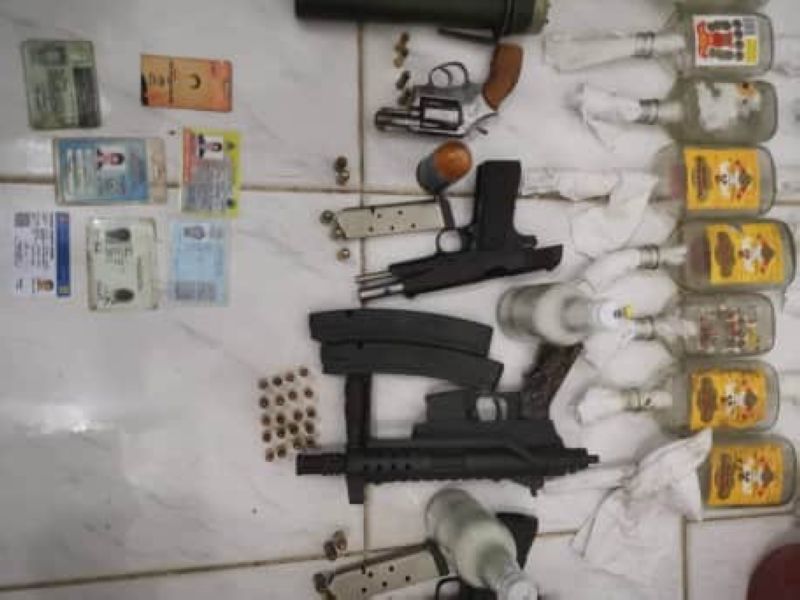 EIGHT "members" of a progressive group were arrested in a police checkpoint for allegedly transporting firearms inside their vehicle in Escalante City on September 18.

As Patrolman Ruvic Bering approached the vehicle, he saw Serondo draw his caliber .45 pistol, prompting police to make the arrest.

Escalante City Police Chief Gil John Despi said they are investigating the group's affiliation, although based on claims made by the arrested suspects, they were headed to the city to join the rally to commemorate the 34th anniversary of the 1985 Escalante Massacre.

The eight are reported to be members of various progressive groups, including the National Federation of Sugar Workers and Kadamay.

The arrested suspects also denied that the weapons recovered in the vehicle were theirs, claiming they were planted by soldiers and police officers.

They said prior to their arrest, they were flagged down by men clad in civilian clothes and wearing bonnets who demanded to see their "permits" and then searched their vehicle.

The men allegedly planted two pistols, a caliber .38 revolver and a 9mm, and then placed empty rum bottles they later claimed were intended for making molotov cocktails.

The men also seized the mobile phones of the activists and deleted their documentation photos.

The eight are facing charges for illegal possession of firearms, ammunition, and explosives, and they are detained at the Escalante City Police Station.