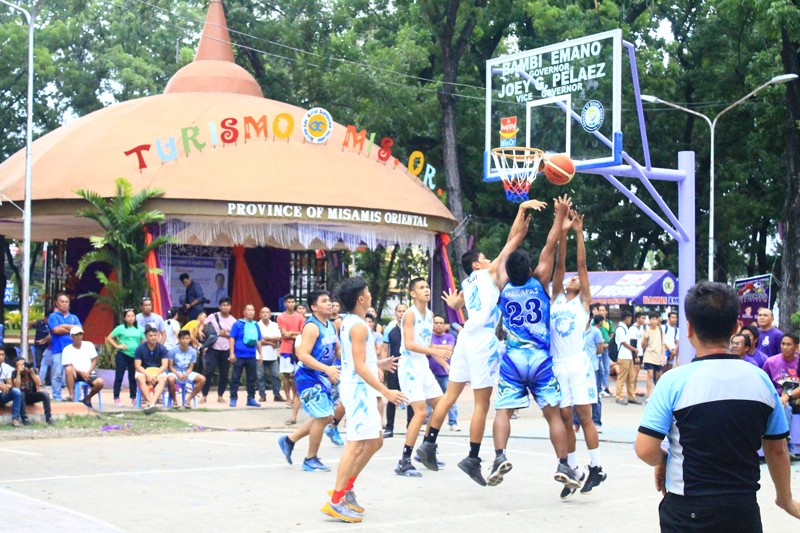 THE Provincial Government of Misamis Oriental recently kicked off the Kuyamis Sportsfest 2020, starting with matches between the municipalities of Magsaysay and Talisayan in basketball and Kong Hua School and Angelicum Learning Centre in volleyball.

Misamis Oriental Board Member President Elipe, who leads the annual sportsfest as part of the Kuyamis Festival celebration, said only 15 municipalities have participated in the Kuyamis Sportsfest 2020.

"So dili tanan nagatampo but nonetheless, there are 15 teams. This is just the beginning dinhi sa Capitol Grounds. Our next game will be in Claveria," Elipe said.

He said the 15 municipalities are consistent participants in the Kuyamis Sportsfest since the beginning.

"They've been there. That would show that they really have their sports development program in their own municipalities," he added.

The matches for Basketball 25 Under and Volleyball Open are scheduled every weekend until December.

As to why there are only two team sports for Kuyamis Sportsfest 2020, Elipe said its due to lack of participation in other games.

He said the lack of participation is due to the budgetary allocation of each local government units and political color.

The Kuyamis Sportsfest, according to Elipe, is an important avenue for the youth to develop their skills and talents in sports, and at the same time, to avert their attention from drugs.