CentCom chief is next AFP chief 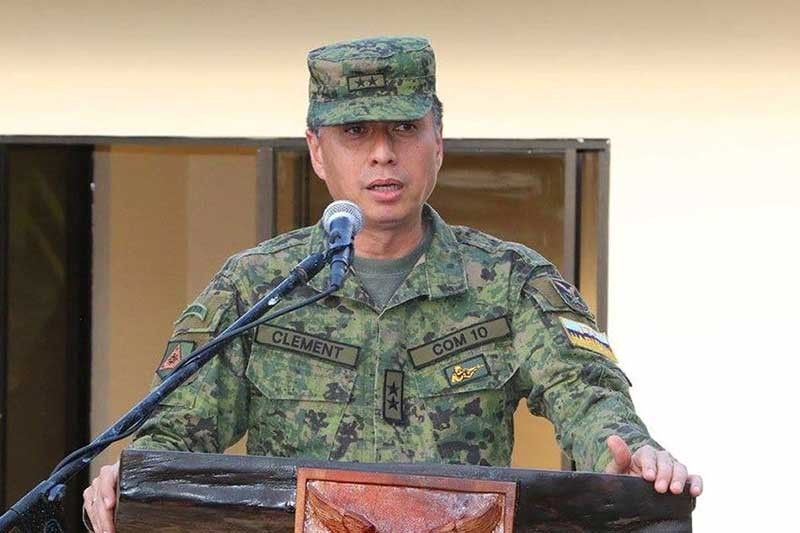 LIEUTENANT General Noel Clement, who currently heads the Cebu-based Central Command (CentCom), is the next chief of staff of the Armed Forces of the Philippines, Malacañang announced on Friday, September 20.

"We confirm that President Rodrigo Roa Duterte has appointed Lt. Gen. Noel Clement as the incoming Chief of Staff of the Armed Forces of the Philippines," Presidential Spokesperson Salvador Panelo said in a statement.

Clement is set to replace General Benjamin Madrigal Jr. who will reach the mandatory retirement age of 56 on September 28.

Clement, who belongs to the Philippine Military Academy "Sandiwa" Class of 1985, will be the sixth AFP chief under Duterte's leadership.

Prior to his stint as CentCom chief, he led the Army's 10th Infantry Division and served as AFP deputy chief of staff for operations.

"One of the marching orders of the President is to continue the government’s goal to end the local communist armed conflict - a task that is not new to General Clement as he previously headed the AFP Central Command, led the Philippine Army’s 10th Infantry Division,and served as the Deputy Chief of Staff for Operations of the AFP, among others," he said.

"The Palace is confident that with General Clement at the helm of the AFP, he will continue to uphold the high degree of professionalism, the dedication and the integrity our soldiers have displayed to the flag and country," Panelo added. (SunStar Philippines)