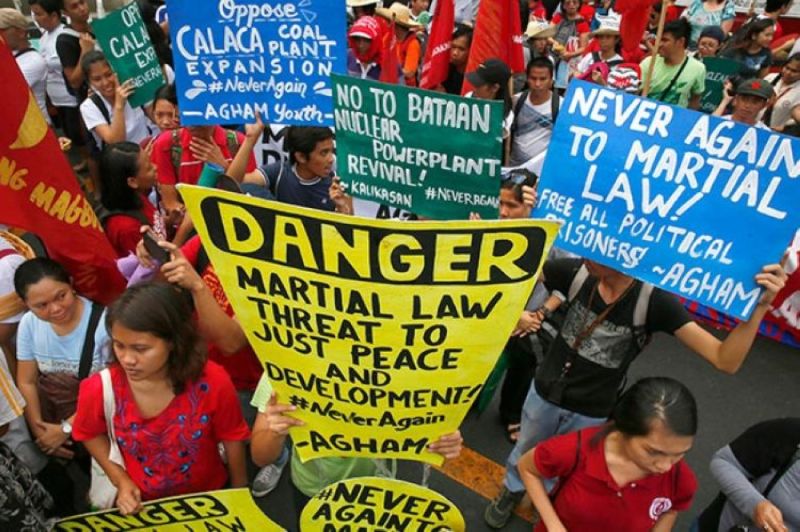 SEVERAL members of the Catholic Bishops Conference of the Philippines (CBCP) on Friday, September 20, 2019, underscored the need to constantly remind the people of the evils of martial law to make sure this won't happen again.

In separate statements, Sorsogon Bishop Arturo Bastes, Balanga Bishop Ruperto Santos, and Novaliches Bishop Emeritus Teodoro Bacani said it is important to constantly remind the people on the "darkest period of Philippine modern history" instead of allowing revisionists of history to succeed.

"There should be articles written in all newspapers of all languages, in social media, etc. to remind Filipinos, especially the young people, of the horrors of martial law imposed by Marcos. There is a sinister plot among Marcos loyalists to erase the memory of the darkest period of Philippine modern history," said Bastes.

"Try to remember how oppressive and harmful to our people martial law was. It bred a culture of subservience and corruption from which we have not recovered from," said Bacani.

Doing so, along with praying to God, is necessary in ensuring that attempts to reimpose military rule in the Philippines will never succeed, they said.

"Churches and religious groups should hold special rites in their community to thank God for our freedom and implore Him that Martial Law will never be declared again," said Bastes.

"Pray that martial law does not happen again, and resist any return to authoritarian rule," said Bacani.

"It is to be resolved and be vigilant that it will never happen again," said Santos.

The country commemorates Saturday, September 21, the 47th anniversary of the proclamation of Martial Law by the late strongman Ferdinand Marcos. (HDT/SunStar Philippines)