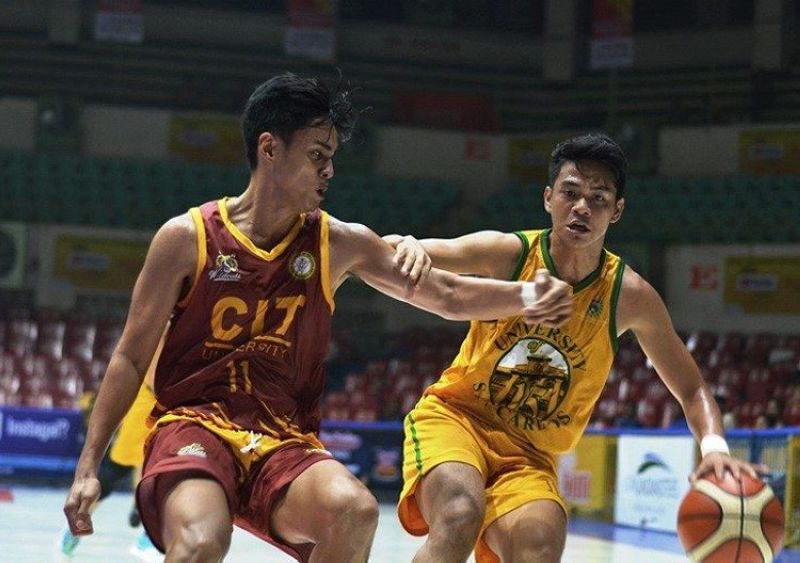 Justine Jules Langres, seen here trying to get past CIT-U’s Mark Kong, will be a key cog for the USC Warriors as they try to hand the SWU-Phinma Cobras its first loss of the season. (Image courtesy of CESAFI Media Bureau)

THE Southwestern University-Phinma Cobras vie for their third straight win when they tangle with the University of San Carlos Warriors in the 2019 Cebu Schools Athletic Foundation Inc. men’s basketball tournament on Saturday, Sept. 21, 2019 at 3:30 p.m. at the Cebu Coliseum.

The Cobras have stayed true to form since their breakthrough title win in the preseason Partner’s Cup, and have racked up two straight wins to hold the early lead in the standings.

“We just need to follow the game plan and system of coach Mike on offense and on defense,” said Imperial.

Standing in front of the Cobras will be the Warriors, who have surprised everyone by winning three of their first four games to come into the match with a 3-1 (win-loss) record.

Sophomore wingman Roosvelt Jelliangao relayed to SunStar Cebu that their defense will be key against a SWU-Phinma squad that is clicking on all cylinders.

“We have to talk on defense and communicate with one another well. We are eager to win this game and we are all going to give our best and play great defense. Our offense will just be a bonus,” said Jelliangao.

They’ll be up against a Jaguars squad that is coming off a 55-62 loss to the USC Warriors, in a game where they built a double-digit advantage early on but just could not hold on to it.

USJ-R head coach Leode Garcia is imploring his wards to stick to their game plan.