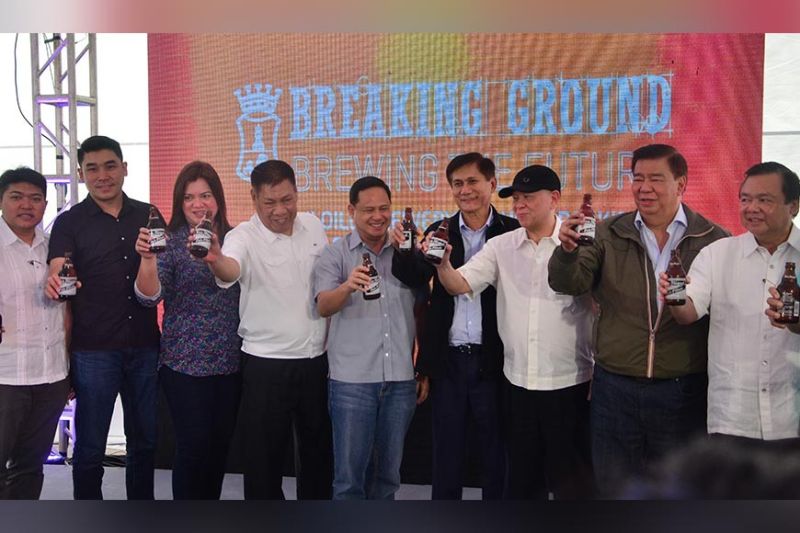 Governor Defensor said the Leganes facility was a result of the investment mission led by Senator Drilon for SMC to put up a brewery in the province of Iloilo.

“The brewery speaks of more things for us. It tells us that we have been succeeding in making the city and province of Iloilo a community that is friendly to business and investment,” he said.

It also translates to economic opportunities and job generation, the governor added.

“This is not only an investment. We were talking about lives and families that the SMC will give a better chance in life through hundreds of jobs,” Defensor said.

The governor offered gratitude to the firm for choosing Iloilo and assured them of the province’s full support.

The Iloilo brewery is SMC’s third in the Visayas. The other two are in Mandaue, Cebu and Bacolod, Negros Occidental. It is set to be completed in two years, with an initial capacity of one million hectoliters.

Ang, who was impressed with the rapid growth of Iloilo, assured more investments for the city and province.

Drilon has asked Ang to operate the Iloilo International Airport which is undergoing expansion. The Ilonggo senator also urged SMC to submit an unsolicited proposal to build the Panay-Guimaras-Negros Bridge. (PR)