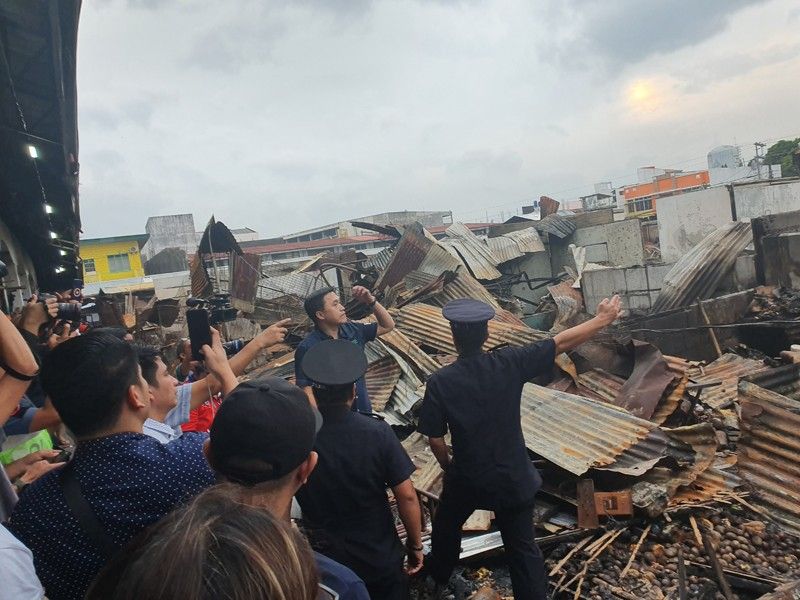 KALIBO, AKLAN. Senator Christopher Lawrence Go listen to the instruction of a fire safety officer as the former visited the place where the fire incident occurred inside the Kalibo Public Market. (Photo by Jun N. Aguirre)

KALIBO, Aklan -- Senator Christopher “Bong” Go said he will do everything to finance the P20 million needed for the rehabilitation of the Kalibo Public Market.

“I will talk personally to President Rodrigo Duterte to fast track the release of funds for the rehabilitation. The said amount of damage was told to me by your local government officials,” said Go during his public address at the Magsaysay Park.

Aside from the commitment of Go, the senator also distributed cash assistance and grocery packs to the affected vendors. He also gave away basketballs to the children.

For his part, Aklan Governor Florencio Miraflores said that he is willing to open a portion of the Toting Reyes Street as temporary venue for stall owners who have been victims of the said incident.

The street, which is adjacent to the market, is being managed by the Aklan Provincial Government,

“I am just awaiting for the resolution to be pass by the Sangguniang Bayan (Municipal Council) of Kalibo for my prompt action,” Miraflores said.