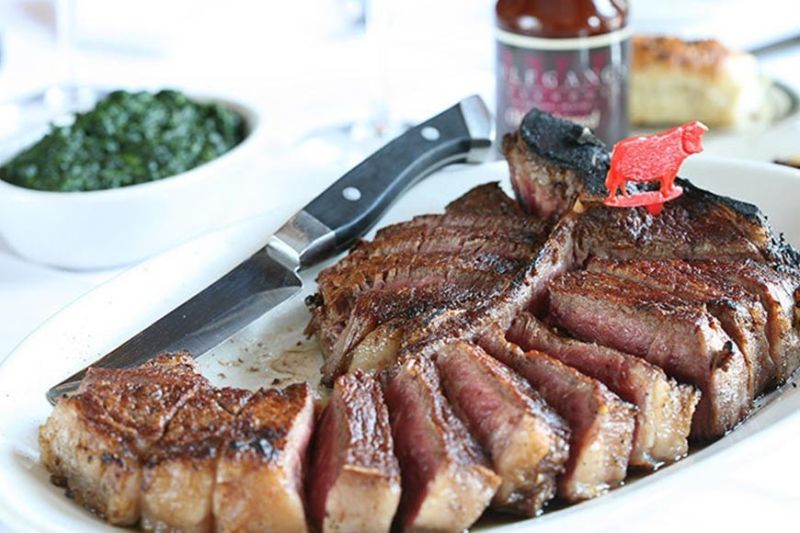 KNOWN for serving some of the best steaks across the globe, Wolfgang’s Steakhouse by Wolfgang Zwiener continues to make its mark in the Philippines. The classic New York steakhouse is expanding its reach in the country by going mobile, and will soon be serving premium steaks in Clark, Pampanga on September

Our three-day event tagged as Wolfgang’s Steakhouse Destination: Clark will offer our set menus featuring your choice of steak cut. Choose from our world-famous USDA Prime Dry Aged T-bone Steak and our signature USDA Prime Dry-Aged Porterhouse Steak set menus. All set menus will include a soup or salad,

entree, and sides. Customers may also request to pair their meals with wine.

While the mobile kitchen will be without the brand’s signature mahogany wood bars, alabaster chandeliers, and mosaic tiles, customers will still be able to enjoy the same quality of steak Wolfgang’s Steakhouse serves anywhere else in the world. Wolfgang’s Steakhouse prides itself on exacting standards that ensure

a sublime dining experience from each of its locations. The new mobile kitchen is outfitted with the same kitchen equipment used in all Wolfgang’s Steakhouse locations.

Wolfgang’s Steakhouse first brought its dry-aged USDA Prime meats to the Philippines back in 2016 when it opened its first location in Resorts World Manila. The New York favorite and global sensation is famous for its dry-aged Angus or Black Angus meat, which are flown weekly to its various locations worldwide, then aged on-site. Wolfgang’s Steakhouse’s offerings have been such a hit that they were able to open two more locations in the country--one in Ortigas CBD, and another in Bonifacio Global City.

The man behind the famous steakhouse comes with a wealth of experience with premium steak, with over forty years in the industry under his belt. Wolfgang Zwiener leveraged his mastery of steak and wine when he opened his first steakhouse in New York in 2004. The high standards he introduced to Wolfgang’s

Steakhouse are still observed in all our locations to this day. This means that every steak we serve in any Wolfgang’s Steakhouse location is of the finest quality, and dry-aged for an average of 28 days to further enhance the flavor and tenderness of the meat. You can expect the same expertise and attention to detail from our mobile kitchen.

Beyond some of the best steaks, money can buy, our steadfast commitment to impeccable quality service also guarantees an unforgettable dining experience that is reflected in all Wolfgang’s Steakhouse locations. We do not cut corners. Our mobile kitchen is certain to deliver only the best Wolfgang’s Steakhouse can offer premium steak that has been enjoyed by millions of customers all over the world.

If you’re a steak connoisseur somewhere near Pampanga, mark your calendars today. Catch the Wolfgang’s Steakhouse Mobile Kitchen in Clark on September 29, October 6 and 12, 2019, from 6 pm to 10pm at TRC Steakhouse, Mahogany Drive, Cardinal Santos Street, CSEZ, Clarkfield, Pampanga. For reservations, contact us at (0917) 702 8913 or email us at reservations@wolfgangssteakhouse.ph (PR)