Macabebe town under state of calamity 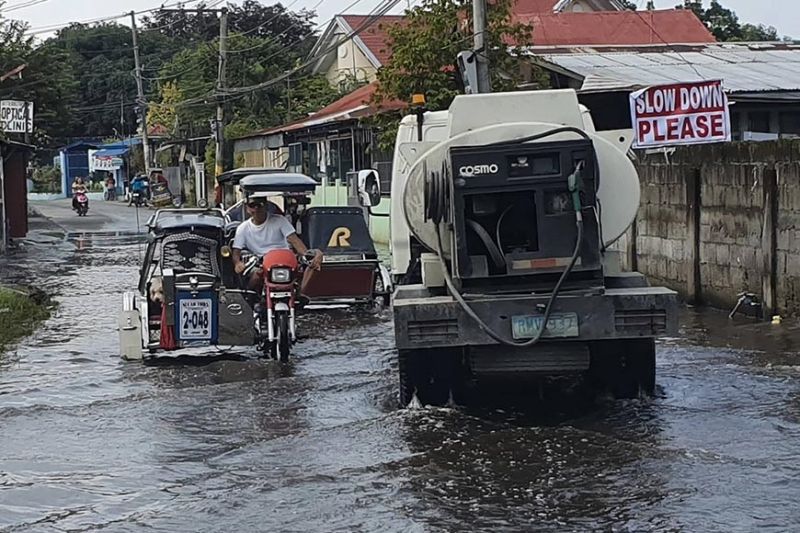 THE municipality of Macabebe has been placed under state of calamity on Thursday, September 19, following the destructive effects of flooding it sustained from the continuous onslaught of heavy rains over the past months.

The municipal council headed by acting Vice Mayor Mary Claire Therese “Bembong” Balgan has passed Resolution No. 23 Series of 2019-2022 which formally declared the municipality under a state of calamity. The resolution was signed the eight local councilors and approved by Mayor Leonardo “Bobong” Flores.

The resolution cited the Municipal Disaster Risk Reduction and Management Council’s report of about 7,515 families or 30,060 individuals in the town who were adversely affected by the calamity.

Moreover, it noted that the municipality is barely accessible to motorists as most of its major thoroughfares are heavily flooded and are impassable to almost all types of vehicles, except for high or modified ones.

The education of students in town has also been disrupted as Flores declared suspension of classes for an indefinite period starting September 11 due to high level of flooding in most schools and roads around the vicinity.

Through the declaration of a state of calamity, the local government will be able to utilize the town’s 30 percent quick response fund to provide immediate relief and assistance to affected residents, the resolution noted.