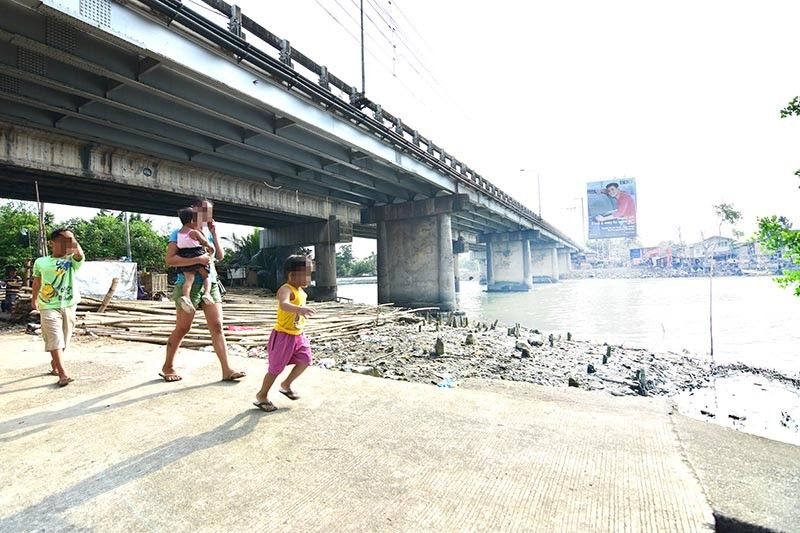 DAVAO. The City Health Office confirmed on Friday, September 20, that the polio virus detected in one of the city's riverbanks was from a water sample sourced from the Davao River near the Bolton Bridge area. (Macky Lim)

THE Davao City Health Office (CHO) confirmed Friday, September 20, that the poliovirus detected in one of the city's riverbanks was from a water sample sourced from the Davao River near the Bolton Bridge area.

CHO head Josephine Villafuerte said the test was conducted by the Department of Environment and Natural Resources-Environmental Management Bureau (DENR-EMB) last August 22. The result came a week before Health Secretary Francisco Duque III confirmed that the virus was detected from the samples taken from sewage in Manila and waterways in Davao.

Duque, on Thursday, September 19, also confirmed the polio outbreak after a three-year-old girl from Lanao del Sur was found to have contracted poliovirus, the first confirmed case since the Philippines was declared polio-free for 19 years.

Prior to the Department of Health's (DOH) confirmation, Villafuerte said they had already been notified about the result and they already laid down mitigating measures to address the situation.

"Last week, we already planned what to do. We were just awaiting the confirmation from DOH. Whether there is a confirmation or not, we were planning to do activities already, such as IEC (information, education, and communication campaign)," Villafuerte told SunStar Davao.

She said they are going to strengthen their immunization campaign, which she said is "not very high."

One of the CHO workers said there was shortage of IPV as compared to OPV.

The worker said because of the shortage, some parents were not able to have their child take the IPV.

Meanwhile, Villafuerte said they will conduct a synchronized polio immunization in the following weeks, adding that immunization is still the best way to prevent poliovirus from spreading and affecting children.

She also said she will be calling a meeting with the 14 coastal river barangay officials, resort owners, and hotel owners with swimming pool amenities to discuss how to address the situation.

She said they will conduct surveillance in the area where the water sample detected to have a poliovirus was taken to look into possible patients who are manifesting symptoms of poliovirus, as well as the children who were not yet immunized against the virus.

"Baka ang virus sumabit lang diyan. Baka nasa higher areas siya gikan. Since when the test was conducted last August 22, pirting pag-ulan ato nga time. We can never tell saan siya galing (Maybe the virus came from the higher areas and was carried through the river since the test was conducted last August 12. At that time, it was heavily raining. We can never tell where that virus came from)," Villafuerte said.

She also said the city, meanwhile, must address its sewerage system, considering that not all households have septic tanks.

She added the city should relocate the residents living in riverbanks, as most likely, these same residents defecate directly to the river.

"We are also asking the public to practice personal hygiene, wash their hands, and ensure that the water you are drinking is really safe and clean since the virus is transmitted orally," Villafuerte said.

She said the public must also refrain from swimming in the riverbanks.

Meanwhile, the Duterte government will do its best to stop the spread of polio in the Philippines, Malacañang assured the public on Friday, September 20.

"Of course, we want to reverse this trend. Nakakabahala na after 19 years, nagkaroon tayo ng findings of the presence of polio here," Cabinet Secretary Karlo Nograles said in a media interview.

Nograles said the re-emergence of the highly contagious disease in the country might be raised in the next Cabinet meeting.

Signs and symptoms of polio include fever, sore throat, headache, vomiting, and fatigue, loss of reflexes, severe spasms and muscle pain, as well as loose and floppy limbs.