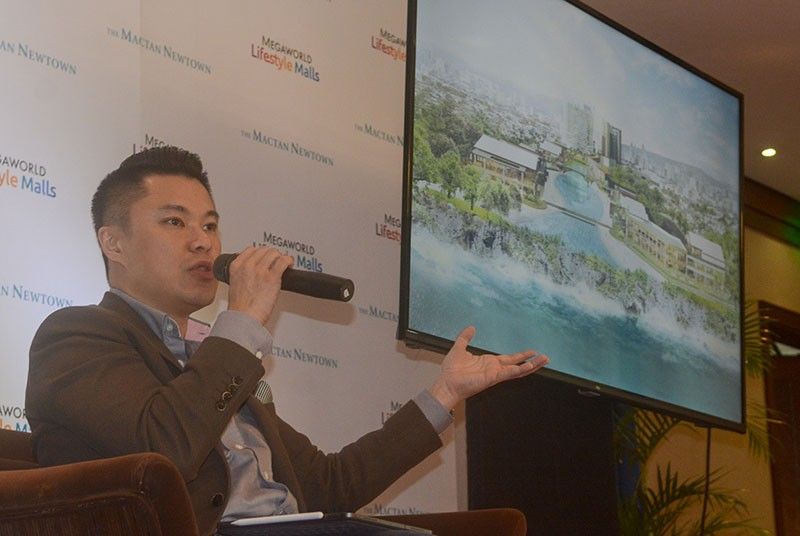 MEGAWORLD Corp., the property giant owned by billionaire Andrew Tan, is building a P1.5-billion “beach mall” within its 30-hectare Mactan Newtown development as it pins a bullish outlook on the island’s tourism prospects.

Kevin Tan, the firm’s chief strategy officer and the eldest son of the Filipino tycoon, said the 30,000-square-meter Mactan Newtown Beach Walk will be a two-level mall along the beachside cliff of its 30-hectare integrated development in Lapu-Lapu City.

“Mactan is the center of tourism in Cebu because the airport is here and the large resorts are in the island,” Tan said. “The large part of the market are tourists and we want to be the main commercial center of the island.” The mall will feature a 1.4-hectare man-made lagoon at its center; floating boardwalks; a bridge that will connect both sides of the development; and its own chapel that will be surrounded by a garden by the cliffside, overlooking the sea.

With a maximum depth of around 1.5 meters, it can also serve as a venue for future water sports activities such as jet ski, wakeboarding, stand-up paddling and boating. It will also have its own man-made shoreline at its perimeter.

“With this development, we want to be able to serve the needs of the growing tourist population in Mactan. We will be creating a lot of entertainment facilities,” Tan said, noting that tourists still need to take a one- or two-hour ride to Cebu City for malls.

The Beach Walk will be operated by Megaworld Lifestyle Malls, the retail subsidiary of the company.

It will also have four state-of-the-art cinemas, a Food Hall, al fresco areas, Traveler’s Lounge and a view deck, allowing visitors and mall-goers to have a panoramic view of the sea and nearby islands.

“Megaworld Lifestyle Malls is bringing a fresh, new concept of mall development in Cebu that recreates and innovates the beach lifestyle experience. We take inspiration from some iconic coastline commercial developments in South California, where visitors can enjoy coffee, meet friends over lunch or dinner, watch a movie or simply shop around in this laid-back beach atmosphere,” Tan said.

As part of its sustainability efforts, the listed developer will use solar roof panels for this new mall and will utilize an open layout scheme for passive cooling and natural lighting in the mall’s common areas.

About 40 percent of the entire development will be dedicated to green and open spaces.

Construction will start by the end of 2019 and is expected to be completed by 2021.

It is expected to generate more than a thousand jobs, directly and indirectly, both in the construction works and retail aspects.

“We want to prioritize hiring in Mactan to help the growing population and to jumpstart the economy in the area,” Tan said.