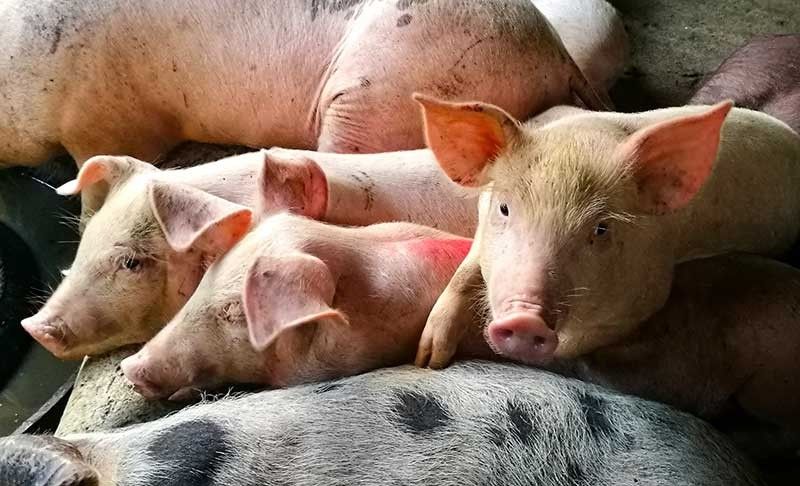 CEBU and Bohol are sticking to their total ban on the entry of live hogs, pork and pork-related products in their provinces despite the Department of Agriculture’s (DA) call for them to ease restrictions.

But both Garcia and Yap said they would like the DA to send experts to their provinces to explain the situation to them and try to convince them to lift their restrictions.

Yap said Dar asked him to reconsider his decision to place the whole island of Bohol in quarantine to protect the hog industry from ASF.

Garcia said Dar also called her to ask that she reconsider her ban and think instead of the national interest, especially the pork suppliers.

Yap said he will not let the 50,000 hog raisers from the 21 municipalities of Bohol get affected by the ASF. The local hog industry has a total value of P6 billion there.

He said he also asked Dar if the National Government would provide compensation to the affected hog raisers and give assistance in burying the swine if the disease hits Bohol.

“Simbako (God forbid) if it happens. If it’s 50,000 hog raisers in Bohol in a total of 21 municipalities and a tally of P6 billion, I imagined it would be worse for Cebu,” Yap said.

Garcia expressed the same concern and said it was Yap who first informed her of the situation. “If Yap did not inform me about the threat of ASF, I would have kept on listening to the DA and taking their word for it. See what happened these past few weeks; they kept on trying to sweep the issue under the rug,” she said.

On her phone conversation with Dar, Garcia said: “I told him I understand you since you are the secretary for the entire Department of Agriculture so you consider the national interest, but I’m the governor of Cebu. My priority is the interest of the Province of Cebu.”

Garcia also pointed to how the DA secretary described some local officials as “overreacting” on the ASF matter. “He just called me overreacting. I admit I overreact. I’d rather err on the side of caution and I’d rather overreact for the whole province of Cebu because he is underreacting for the country and that is very dangerous,” Garcia said.

In Talisay City, lechoneros or those in the business of selling lechon (roasted pig) are starting to stock up on hogs following stricter rules on pork from outside Cebu province.

A lechonero who refused to be named told SunStar the buying of more hogs started last Saturday, Sept. 14, 2019, after a shipment from Negros island was stopped by the Talisay City veterinary office for lacking shipment requirements.

The lechonero said they used to purchase hogs based on the number of orders, but now, they purchase more. Due to the low supply, the price of pigs went up by at least P1,000.

Ten out of the 40 lechoneros in Talisay City met with Mayor Gerald Anthony Gullas Jr. Friday, Sept. 20, to express their concern over the low supply and to ask for help. Gullas is set to meet with Governor Garcia on Sept. 27 on this.

But Ryan Paray of Paray’s Lechon in Barangay Talamban said, so far, they still have enough sources for their lechon. Paray said they sourced their hogs for lechon from Bantayan and Negros.

However, Paray warned: “Karon okay-okay pa. Pero kon mo-continue ang ban, maorag maapektuhan gyud ang supply (Now it is still okay. But if the ban will continue, the supply will definitely be affected.”

The ASF is a contagious viral disease that exclusively infects pigs and wild boars.

The spread of ASF could kill the hog industry and affect food security since pork accounts for most of the Filipino’s meat consumption. (FMD)