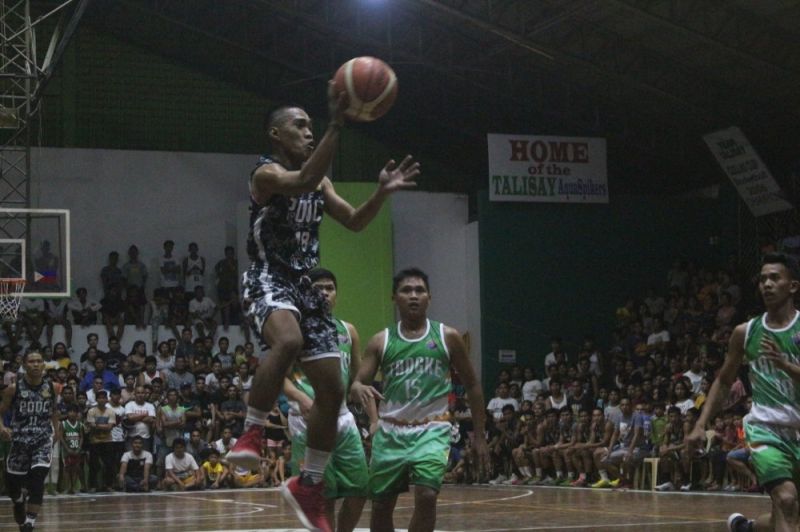 OUTLET. A player from Pooc looks for an open teammate during their game against Tangke. (Contributed Photo)

SAN Isidro raised its winning streak in the Juniors division of the Talisay City Mayor’s Cup to five games after it prevailed over Lawaan 3, 88-79, on Thursday, Sept. 19, 2019, at the Talisay Sports Complex.

San Isidro was in danger of suffering its first loss of the tournament as it trailed, 69-62, entering the fourth canto. However, it uncorked a blistering 26-10 run in the final frame to hack out the win, its fifth in as many games.

Martin dela Torre led the winning side with 20 points and three assists, while Edu Sanchez and Chason Licayan had 17 and 12 points, respectively.

In the other Juniors game, San Roque improved to 3-1 with a 69-67 victory over Biasong. San Roque was comfortably ahead, 61-45, after it played exceptional basketball in the first three periods. However, the bottom nearly fell out for San Roque as Biasong tried to rally behind a 22-8 burst in the fourth. However, San Roque was able to do just enough to come away victorious.

In the Seniors division, Poblacion took down San Isidro, 90-80, to push its record to 3-1. Bryan Gerali had his way inside, compiling 26 points, 11 rebounds and two blocks. Allan del Rosario was also terrific with his 20 points, four steals and two blocked shots.