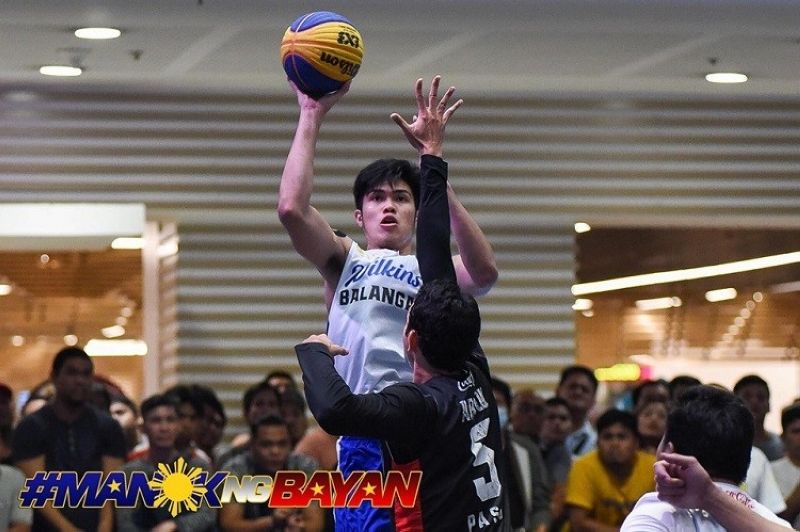 CEBUANO forward Leonard Santillan and the rest of the Wilkins Balanga Pure finally captured the championship in the 2019 Chooks-to-Go Pilipinas 3x3 Magiting Cup presented by Coca-Cola after they bested arch-rivals Equalivet Pasig Kings, 21-19, at the SM Megamall Events Center in Mandaluyong on Friday, September 20, 2019.

After finishing as runners-up in the President’s and Patriot’s Cups, former UAAP Mythical Five member Alvin Pasaol made sure that Wilkins Balanga would no longer end up as bridesmaids as he knocked down an undergoal stab for the win and the million pesos that came with it.

Pasaol had 12 points in the finale while Santillan, a product of the University of the Visayas added four.

Besides bringing home cash prize, the team also also punched their ticket to the 2019 Jeju Challenger which takes place from October 5-6.

Balanga led by as much as four points midway through the finale before the duo of Dylan Ababou and JR Alabanza rallied the Kings back, eventually knotting things up at 18-all with 2:32 left.

Karl Dehesa sent Balanga to match-point with 1:58 remaining after a long deuce. Though Alabanza was able to score underneath, there was little time for Pasig to regroup on defense as Pasaol took things upon himself to end the contest.

The Kings, who are set to fly out to Kaohsiung on Saturday for a Challenger tournament, were rewarded with P 500,000 for finishing second. Fyr Fyter Bacolod, who finished in third place, brought home P 250,000. (SunStar Cebu)