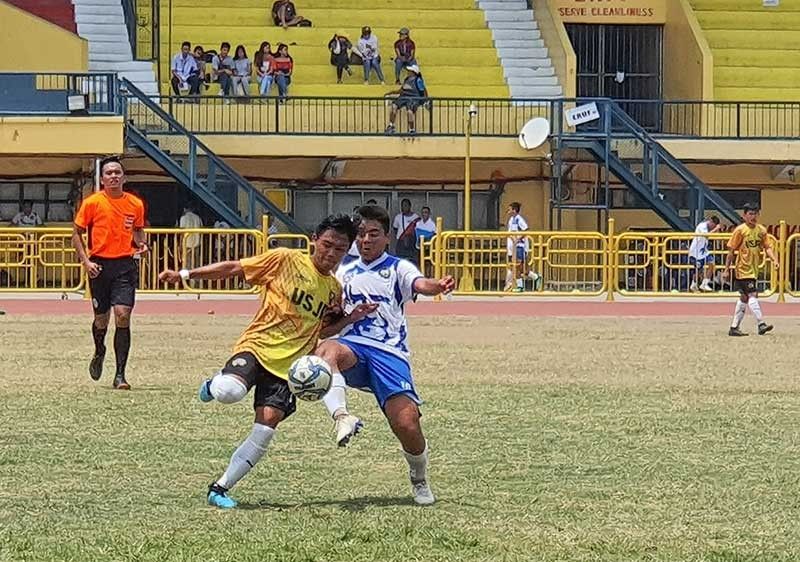 DBTC, the champion two seasons ago, now leads the standings on goal difference after nailing its second win and handing USJ-R its first loss. DBTC, USJ-R and Ateneo all have six points but the Greywolves have a better goal difference at 13, thanks to its 13-1 win over SMS-Boystown last week.

USJ-R, which lost the chance to win the title via sweep, is second with a +6 goal difference, while SHS-Ateneo is third at +4. The University of San Carlos-Basic Education Department is fourth at four points but can get the top spot if it beats SMS-Boystown via a wide margin on Sunday, Sept. 22.

On Sept. 21, DBTC got ahead early in the first with Charles Unabia redirecting Josh Asignar’s free kick in the first half. They could have doubled the lead with a slew of chances late in the half, with Asignar failing to beat a retreating USJ-R keeper who was caught off his line. Unabia also got loose off a lovely buildup but his final shot was just high.

USJ-R also had a couple of chances but couldn’t connect on two free headers inside the box. In the second half, Asignar put the outcome beyond doubt with another goal for the season.

In the first game, SHS-Ateneo rested its starters and blanked the guest team, thanks to a brace by Christopher Ozawa and a goal each by Iverson Almonte and Zachary Frias.