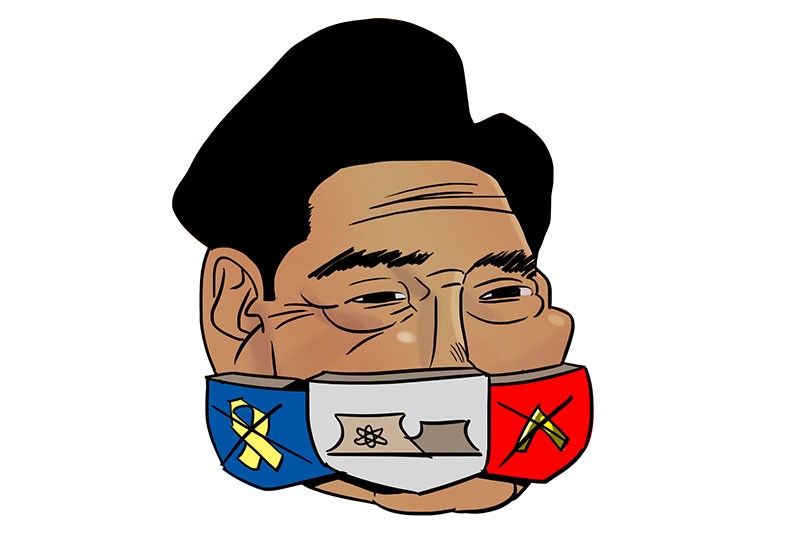 HAD I been old enough to vote during the Martial Law years, I probably would have voted for Ferdinand Marcos. Life was orderly, everyone I loved was safe and well-fed and my view of what was happening to the country was so limited that I thought everyone else was happy, too.

Now I am old enough to know better.

Present-day apologists for the Marcos dictatorship tend to use three interpretations of events to try to spin the rest of us into believing we were misled, that when Marcos declared Martial Law 47 years ago this weekend, he did the country a favor.

I used to seethe whenever I heard them face-to-face or read their opinions online. Not anymore.

Now I am more realistic, more aware of the truth that no matter what facts or historical accounts they are presented with, they will choose the interpretation of events that’s the most comforting to them.

The first and most common of these interpretations goes this way: if Martial Law was so bad, have “the yellows” who were in power in the 33 years since then done any better? This used to be so ridiculous that it was almost funny. Anyone who paid the slightest attention to Philippine politics after Martial Law knows that before Rodrigo Duterte won the presidency in 2016, five different individuals—with their own agenda and their own shortcomings—held office.

And yet this oversimplification sells. Everything after Martial Law you could pin on “the yellows” and thank heavens that Duterte, who is unapologetic about how much he admires the late Marcos, is now in power. Sa ika-uunlad ng bayan, disiplina ang kailangan. The nation cannot grow without discipline.

The second interpretation is anchored on the infrastructure projects and other supposed accomplishments of the Marcos regime. Look at all he built, his apologists say. The particularly silly ones among them then say that if you thought the Marcos years were so despicable, you shouldn’t ride the rail system or cross the first Mandaue-Mactan Bridge or use any other infrastructure built during his time.

You try to be patient and point out the crippling debt and corruption that came to light after the dictatorship ended. You try to share what court documents have revealed about the hundreds of millions of taxpayer funds transferred to bogus foundations that fed Swiss accounts Ferdinand and Imelda Marcos held.

You try to talk about the thousands who were killed or simply disappeared. And yet you know, even then, that some people will just refuse to face the facts because the violence and tragedy of Martial Law are, for them, abstract.

As it probably was for you and your family, too.

My childhood unfolded during Martial Law and it was blissful. In the public grade school I went to, we received something from the government every week: a bag of cornmeal that we toasted with sugar to make polvoron, a big pack of powdered milk, or some bulgur that the school’s canteen staff baked into buns that were actually not bad when eaten warm. We played in peace.

It was only years later that we learned about how public institutions had been taken apart and how the Americans had looked the other way because their man in the Palace didn’t rock their business or military interests. Learned about how the economy got divided into monopolies the dictator’s cronies controlled and how people could disappear simply because they’d protested too loudly or dared embarrass one of the dictator’s children.

We were safe because our lives were small and we were quiet and represented no threat.

The third interpretation offends the most because it tends to come from some of the most educated and privileged circles. It goes like this: Marcos had a grand design, which was to demolish the landed oligarchy who held the economy in their grip. That way, a new class of entrepreneurial Filipinos could prosper. And if the Marcos regime is so despised (by some, at least), it is because the oligarchs have conspired to ruin the dictator’s name.

It’s an obvious oversimplification, but it sells. People will believe anything for as long as they can benefit from it. That, too, is part of what made Martial Law possible.