Group not optimistic ML will be lifted 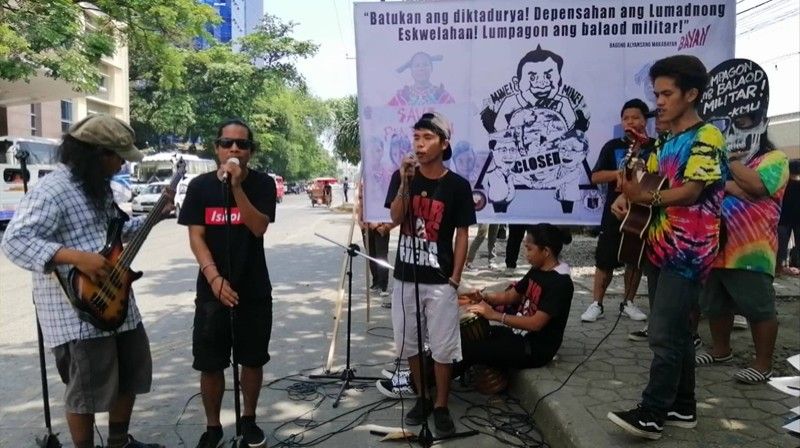 DAVAO. Protesters gather at the Freedom Park along Roxas Boulevard during the 47th anniversary commemoration of the martial law declaration on Saturday, September 21. (SunStar File)

MILITANT groups are not convinced that martial law will be lifted in Davao City, despite the city council approval of a resolution for its “total lifting”.

Kilusang Mayo Uno (KMU) Southern Mindanao spokesperson Carlo Olalo said during the 47th anniversary commemoration of the martial law declaration on Saturday, September 21, that President Rodrigo Duterte has not yet take any actions on the local government’s request to exempt Davao City

He said the recent visit of some cities of China for an intention of a sisterhood agreement with Davao City, particularly in Chongqing and Sanya, is a clear manifestation that the agreement between China and the Philippines had commenced.

Previously, he said militant groups had been supporting Davao City Mayor Sara Duterte-Carpio’s request to have the city exempted from the martial law implementation after several local and foreign businessmen had expressed concern in investing in the city.

However, Olalo said they are still pushing for its lifting in the entire Mindanao after it failed to address the problem of insurgency in the island following several bombing incidents had occured two years after it was implemented.

He also said that various paramilitary harassments were continuously reported, including killing of farmers, after being accused of being sympathizers of the New People’s Army (NPA).

The Office of the President has not issued any recent developments after the resolution was filed.

The martial law extension will end on December this year, and a bicameral convention will have to be made for another extension to be made.

Olalo said they believed Duterte will again push for its extension.