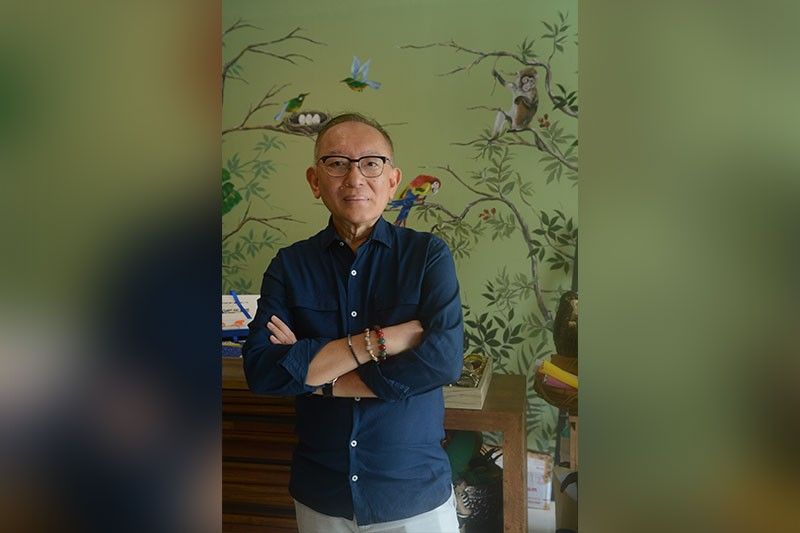 MANAGEMENT graduate (UP Cebu) Philip Rodriguez was all set to go to Europe to further his management studies on a scholarship, when Martial Law intervened: his scholarship papers were all in order but there was no way he could secure travel documents. His mother Edith, who had a fabric shop and a small dress shop, then decided to let him manage the family enterprise rather than for him to look for a job elsewhere. Philip, the dutiful son, obeyed his mom, and through the years he has metamorphosed into the dress design guru he has become.

It was a high-end fabric shop his mother had. And to sell the fabric, Philip would occasionally sketch dresses for potential customers, explaining that sketching was something he used to do when he was in high school. He used to sketch houses. He explained: “I was fascinated by my grandfather who would gift us with miniature houses he made out of cardboard. From houses, it evolved to fashion after college.” That was his background that launched him into his lifelong career as designer. With him as a designer, the family eventually opened the atelier Piere Angeli, named after his youngest sister (who was named after his mom’s favorite actress).

Philip said he never formally studied fashion design, even after he realized dress designing was the career for him. He learned from friends, from design books and fashion magazines. What he learned is that proportion is very important. So though he does not sew the clothes himself or do the cutting for his designs, he always supervises the cutting process to ensure that the proportion is right.

The inspiration for his designs are, in his words: “Things that I come across that inspire... from nature, history, from what I see in my travels. And yes, music.”

Asked how he designs for a particular person, he replied: “I look at her physical attributes, her lifestyle, and the occasion (for ordering the dress). We let her wear the dress, never the dress wear the wearer. I want her to be comfortable in a dress she can wear several times. The dress must be flattering, as well as timeless. The style may have a little bit of the current fashion fad but it will also be timeless; An updated classic.”

Philip opened Filippo in Ayala Center Cebu and it carries ready-to-wear casual clothes, as well as barongs. The labels available here are Piere Angeli, Philip Rodriguez and Filippo. Philip makes beautiful Filipiniana clothes, elegant barongs, and participates in fashion shows here and in Manila. He will participate soon in a fashion show at the Cultural Center of the Philippines featuring Filipiniana formal wear.

Philip has a way of making clothes look so simple but when one looks closely at the details, one realizes a great deal of work has been put into it. To finish such clothes in time for the wearer or for a fashion show can be very stressful. So to distress, Philip said, “I swim, watch fashion films or documentaries, travel, shop, listen to chill music or read.”

There are a lot of new designers in the city. Asked for his advice for them, he said: “Focus and be passionate. Keep on learning; Reinvent and be reliable.”

Looking back at all that he has designed—the casual clothes, the party wear, the ternos and other Filipiniana dresses, the formal and bridal gowns, the barong tagalogs—all of them elegant and timeless, and in good taste, he concluded, “This, after all, is who I was meant to be,” designer par excellence.