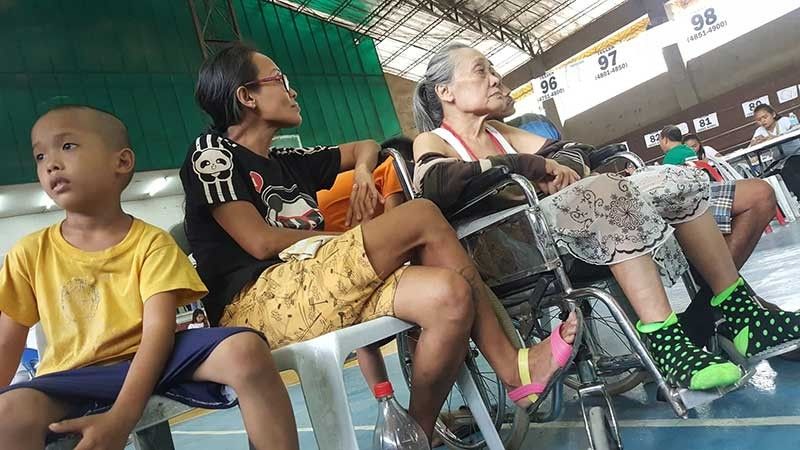 CASH AID RESUMES. Qualified senior citizens are finally able to get their cash assistance from the Cebu City Government after a three-month hiatus. (Contributed Photo)

AROUND 77,000 senior citizens in Cebu City received their financial assistance from the City Government on Saturday, Sept. 21, 2019.

The distribution started at 8 a.m. and ended at noon. Authorized representatives of bedridden beneficiaries had until 3 p.m. to pick up the money.

Senior citizens usually get P1,000 from the City every month, but the practice was stopped during the change of administration three months ago.

According to Domingo Chavez Jr., head of the Office of the Senior Citizens Affairs, the cash aid was last given in June.

When Mayor Edgardo Labella assumed power, his administration had to approve a new budget to fund the program.

The second supplemental budget amounting to P2.5 billion included the P450 million for the cash aid of senior citizens and persons with disabilities for the second half of the year.

Meanwhile, Chavez said they faced several challenges during the distribution.

“There were problems with the spellings of their names. The names on their IDs did not match the names on our payroll. But these were minor problems,” he said in Cebuano.

He urged senior citizens who have yet to collect their share to do so within 10 days.

“After 10 working days, the money will be given back to the City and those who were not able to get it will have to wait for the next month’s assistance,” Chavez said.