Families in ‘no habitation zones’ in Naga ‘refuse’ to leave homes 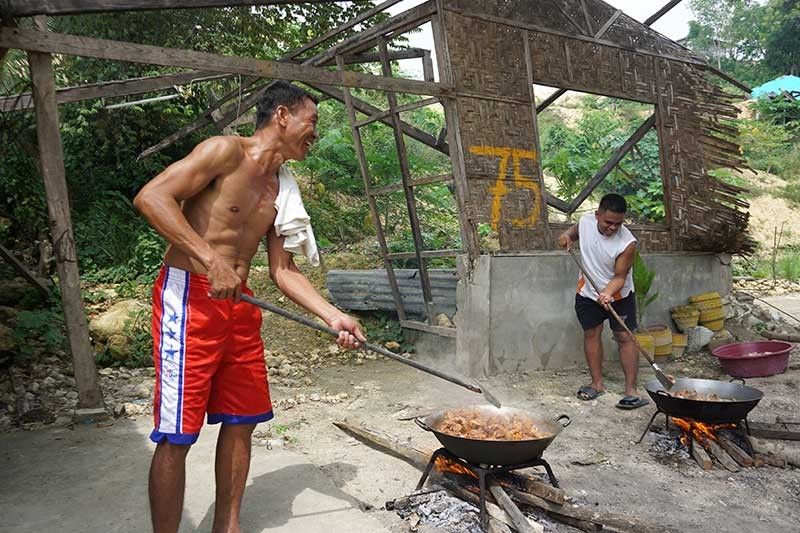 NOT REMISS. The City of Naga Government wants residents who insist on staying despite its repeated warnings to take responsibility for their action. It has only been a year since a landslide killed 80 persons in the area. (SunStar Photo/Alex Badayos)

CEBU (Updated with corrections) --At least 103 families living in 12 sitios in six barangays in the City of Naga, Cebu have been asked to temporarily leave their homes after cracks were found in between Barangays Naalad and Mainit earlier this month.

The discovery was made on Sept. 12, 2019, eight days before the first anniversary of the deadly landslide in Barangay Tina-an that claimed the lives of at least 80 people.

But the Mines and Geosciences Bureau (MGB) Central Visayas clarified that the cracks found are not new cracks but part of what they found after last year's landslide.

Acting Mayor Kristine Vanessa Chiong told SunStar Cebu that they are reiterating their warning to those who reportedly resettled at the "no habitation zone" due to the possibility that another landslide might occur, especially with Cebu in the middle of the rainy season and Cemex Philippines still implementing its hazard reduction plan at Ground Zero.

Chiong said the 400 families had returned to the “no habitation zone” in Sitios Sambag 3 and Lower Tagaytay in Barangay Inoburan; Sitios Sindulan 2 and 3 in Tina-an; Sitio Crossing in Naalad; Sitios Abaca 1 and 2, Cawa 1 and 2 and Tal-ot in Mainit; Sitio Gumamela in Cabungahan; and Sitio Marmol in Uling.

Chiong said she already ordered the City’s law enforcement units to assist their personnel talk to the affected families and convince them to evacuate.

“Nagpatabang na lang mi sa PNP (Philippine National Police), BJMP (Bureau of Jail Management and Penology) ug BFP (Bureau of Fire Protection) kay kung kami-kami lang, bundakan lang mi sa pultahan (We’ve asked the PNP, BJMP and the BFP for assistance. If it were just us, they would slam their doors on our faces),” she said.

She said the agency also advised her to evacuate the people living near the cracks to prevent a repeat of last year’s tragedy.

Following the discovery of the cracks, the City started to monitor movements in the area.

Even though the cracks have not moved since Sept. 12, Chiong urged people living in “no habitation zones” not to be complacent.

She said that while they have done all they can to remind these people to leave, she also reminded them to take responsibility for whatever decision they will make.

“Wala nagkuwang ang Dakbayan sa Naga sa ilang pagpahimangno nila nga kailangan silang mubakwit sa luwas nga lugar (The City of Naga has not been remiss in warning them to move to safer ground). It is now their responsibility to preserve their own lives and that of their families,” Chiong added. (JKV)

(CORRECTIONS: The number of families subject to the pre-evacuation is not 400, as earlier reported, but only 103. Also, the cracks found in between Barangays Naalad and Mainit are not new cracks but were part of cracks found during last year's earthquake.)