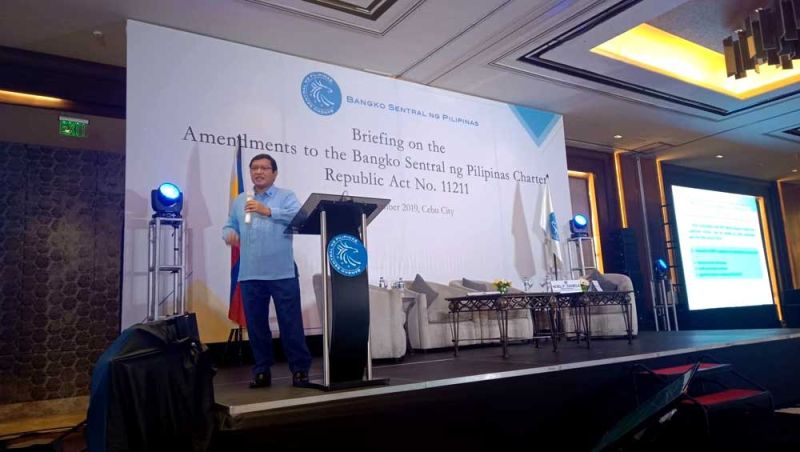 WITH the passage of Republic Act (RA) 11211 amending the New Central Bank Act or RA 7653, the Bangko Sentral ng Pilipinas (BSP) is now allowed to increase its capitalization from P50 billion to P200 billion.

This is just one of the approved amendments to the BSP charter which focused on areas of enhancement of institutional capacity and corporate viability, data access, payment system efficiency, financial stability and price stability.

The BSP is the country’s central monetary authority.

It enjoys fiscal and administrative autonomy from the National Government in the pursuit of its mandated responsibilities such as liquidity management, financial supervision, determination of exchange rate policy, and issuance of currency and other duties.

Lawyer Elmore Capule, Senior Assistant Governor and General Counsel, Office of the General Counsel and Legal Services, said the additional P150 billion BSP capital will be sourced from dividends declared by the BSP in favor of the national government and not from Congress.

“They said a central bank doesn’t need capital because it can operate in the negative capitalization. Actually, it can be, yes. But what kind of credibility can we get if we have no capital? Central bank should be adequately capitalized,” he said.

The passage of the amended charter, Capule said, took 20 years of legislative work.

Capule said among the concerns they had to deal with before the amendment was signed by President Rodrigo Duterte on Feb. 14, 2019, was to address the fear of the legislative branch that the additional powers given to them may infringe on private rights.

According to him, it is now high time to amend the existing and “antiquated” banking laws.

“If you are managing the economy, you have no other excuses, because in times of problems, in times of stress, you need all the powers that you need. We need these powers to ensure the safety of our economy,” he said.

RA 11211 also exempts the BSP from paying taxes on income derived from its governmental functions.

“Every year, the BIR (Bureau of Internal Revenue) assesses the BSP’s taxes. To have a strong central bank, it should be tax free,” he said.

The amended charter also restored the central bank’s authority to obtain data from any person or entity from the private and public sectors for statistical and policy development purposes.

It also allows the setup of allowances and provisions for contingencies in the computation of profits and losses, and to set up a BSP Reserve Fund.

Capule said this will mitigate future risks and aid in the preservation of BSP’s financial soundness.

Also under the amended charter, the suspension or revocation of any government license necessary for the operation of Bangko Sentral-supervised entities must be done only with prior consultation with the Bangko Sentral.