Ex-business partner of slain businessman a ‘person of interest’ 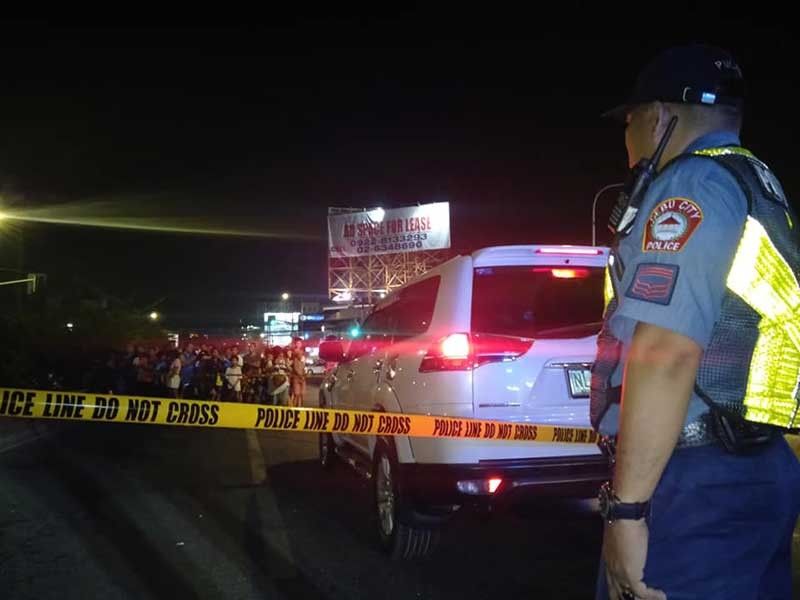 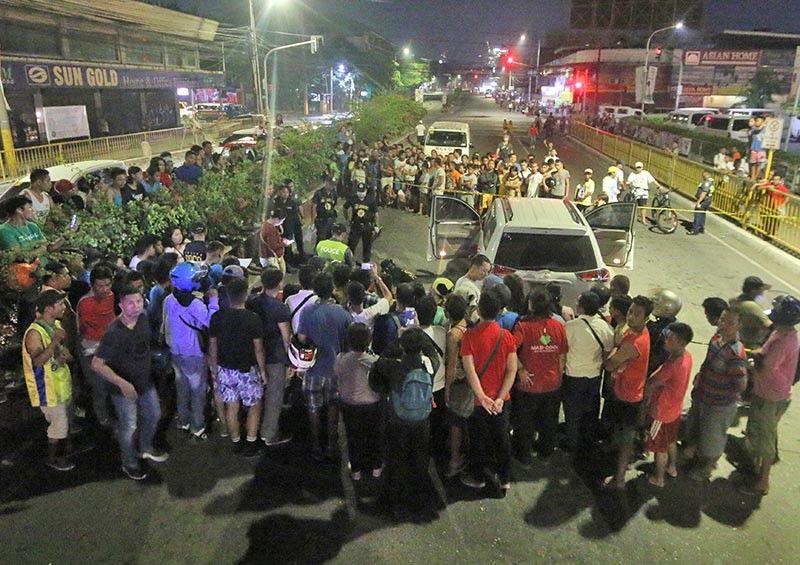 SCENE OF THE CRIME. Jeffrey Sanchez Gomonit was shot dead by men riding in tandem on a motorcycle on Juan Luna Ave. in Barangay Mabolo, Cebu City past 9 p.m. on Sunday, Sept. 22, 2019. (Sunstar Photo / Alan Tangcawan)

THE Mabolo Police Station is looking at a former business partner as a person of interest in the ambush-slay of a businessman on Juan Luna Ave. in Barangay Mabolo, Cebu City past 9 p.m. on Sunday, Sept. 22, 2019.

Authorities will investigate if the former business partner was involved in the crime.

While Gomonit was in church with his family, a person kept calling him on his cellular phone.

Gomonit’s wife said the caller, a former business partner of Gomonit, asked to have a meeting with Gomonit at a big mall in Mandaue City.

Police Captain Basirgo suspects the caller set the victim up for murder through the frequent calls on his cellphone.

“Gomonit was still able to communicate with his wife. Then later, no more. She just learned later that her husband had been shot in the vicinity of (a big mall in Mabolo), so we concluded that Gomonit was set up. He was called so that his whereabouts could be determined,” said Basirgo.

The police already have the former business partner’s name, but they declined to divulge it since they have yet to call the individual and place him under investigation.

The victim was in the business of hauling excavated materials from construction sites and taking care of their disposal.

Gomonit dealt with people in what the police official described as big businesses amid the sheer number of buildings being put up in Metro Cebu.

Gomonit was a fairly new resident of Cebu. The family’s copra business in Zamboanga del Sur had slowed down, the reason they transferred to Cebu to set up another type of business.

The victim’s wife has been very cooperative.

Basirgo said she provided the police with the PIN code of her husband’s cellular phone so the police could obtain more information that could help them in their investigation.

The Mabolo police will also have the cellular phone of the victim examined by the Anti-Cyber Crime Group 7 for the same purpose.

The ambush took place close to the Mabolo Police Station, which is why the police were able to respond swiftly.

But they still did not arrive fast enough to catch the perpetrators, as the killers, riding in tandem on a motorcycle, were quick to make a u-turn toward the North Reclamation Area, Basirgo said.

It is believed that while still in Mandaue City, the victim was already trailed by the two suspects who just were unable to make the hit in that city. It was only when the victim’s vehicle stopped for a traffic light near the big mall in Mabolo, Cebu City that the suspects found their opportunity.

There are no CCTV cameras in the area.

Basirgo said they will just trace the route Gomonit took from Mandaue City since the police suspect that the victim had been followed since he left the mall in Mandaue where he and his former business partner held their meeting on that fateful night. FROM AYB OF SUPERBALITA CEBU / CTL